Jens is our flow rider from Sweden and he recently sent in some photos. Jens tells us the weather is just starting to come into the good season so plenty of roadtrips and riding ahead for him. He also sent in a bit of a bike check which you can check out below. Thanks to Mats Kahlstrom for the photos. 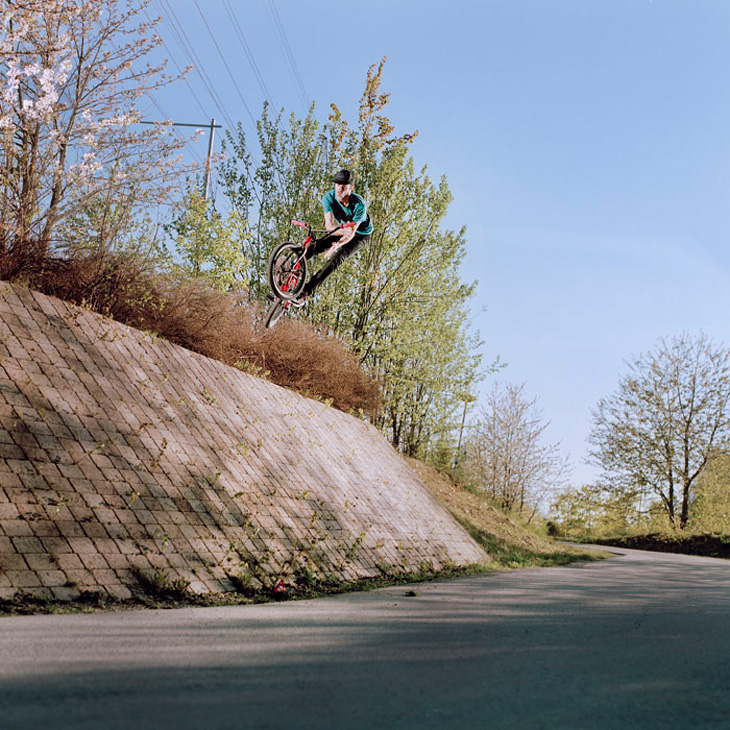 I just got back from Budapest. I went there for a Monster Energy Dirt jump contest. Had a really fun time and even got 2nd place !! They built the course for the comp but also to leave it there for the kids afterwards so they were very small jumps, which were hard for me to do my bigger tricks on, I wish they were bigger but it was amazing event. Thanks to every one over there at Monster for taking care of me and showing me a good time.

I’m now back in Greenville getting ready for the 1st stop of the Dew Tour. I really excited but Dew Tour this year it going to be fun I’ll keep you up to date on more event so

Enjoy the photos from Hungry – Ryan. 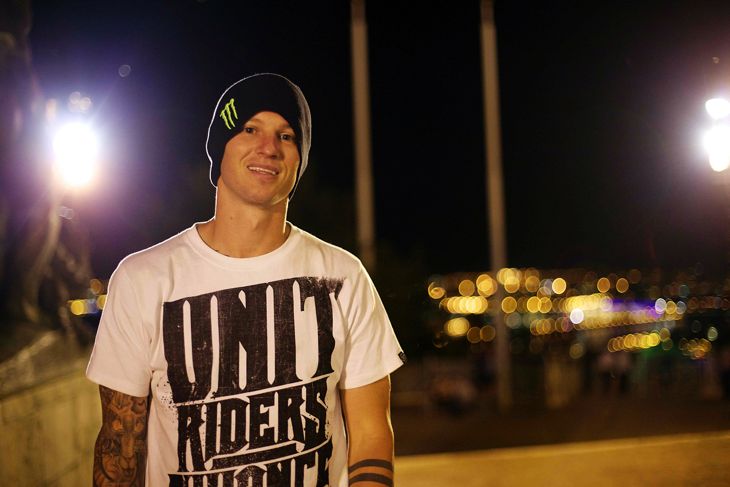 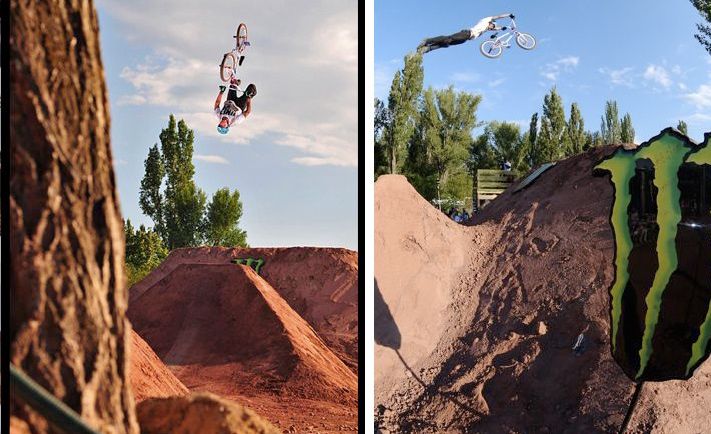 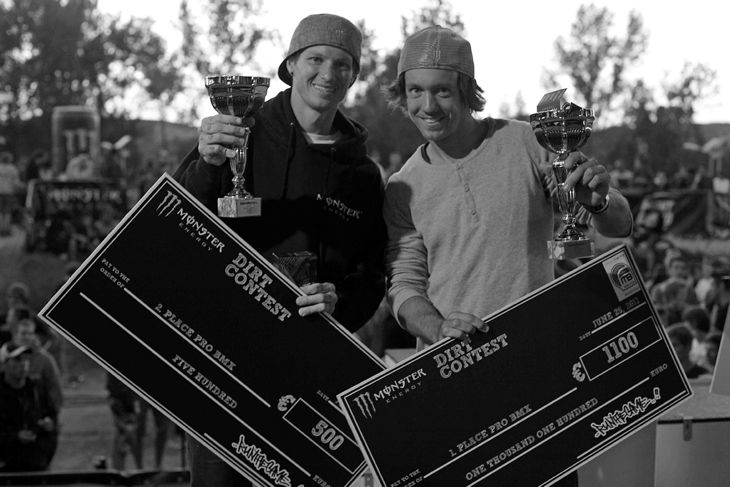 We have another DVD premiere set for July 23rd at 7pm in Newcastle in conjunction with Drift Bikes. Some of the team will also be there with an in-store at 2pm at Drift Bikes in Newcastle. Then at 3pm come join us for a roll at the Newcastle park. See you there !! 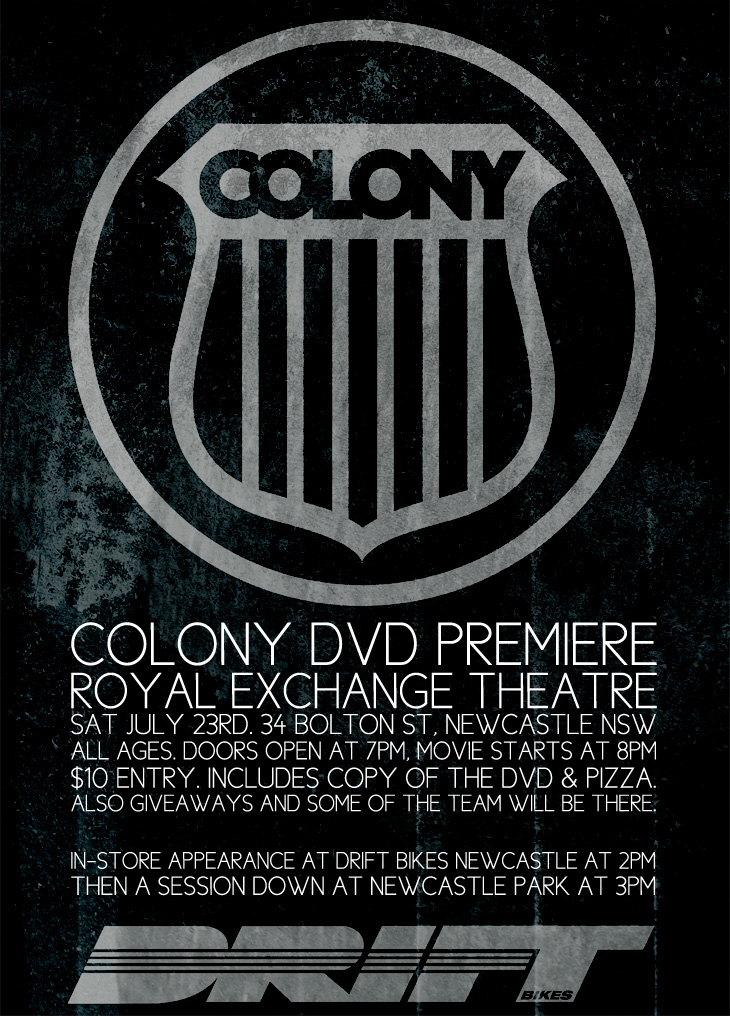 Our flow rider from Canada, Steven Moxley recently set up a new bike, check out the photos below. If you missed it, a little while back Steven also had a power hour edit which you can see here. The good people in France at Unleaded and Sample Bicycle Shop are also putting on a premiere for the Colony DVD. Check the details below… Alex has the current advert in RideUS. Toboggan fakie at Fairfield park in Brisbane. 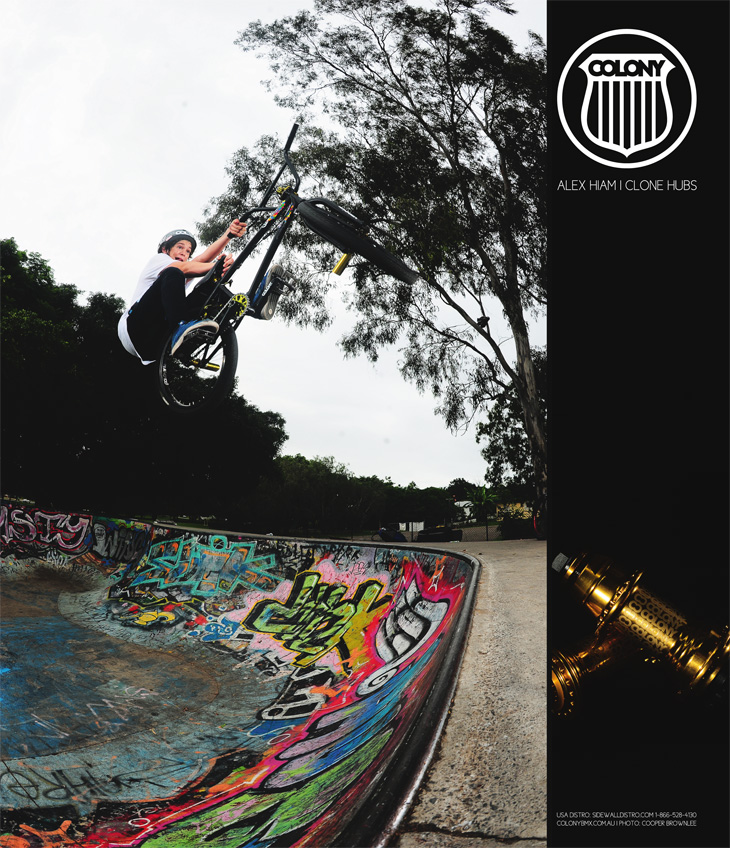 We have a few new premieres organised around the world with many more to come. For now here is the Melbourne one organised by the guys at Strictly BMX at their fresh new store. If you haven’t checked out their new store yet then this is the perfect chance to do so. The guys at Unleaded in France have arranged one in Aurillac as well. The people in Aurillac treated as very well when we were there last June. Wow, that was a year ago now. How time flies by. Stewart Munro has an interview over on The Union site & you can check it out by clicking here now. Make sure to check out Stewart’s & the team’s work below in the trailer. I am pretty stoked to share this with everyone out there. We have been working on our team DVD for the past two years now & it will premiere here in Brisbane, Australia on July 16th. There are also multiple premieres being organised for all over the world, more news on those as they are finalised.

Expect the DVD to be available in most countries from July 16th onwards.

Over the weekend at the FLATdev 2011 Comp in Malacca, Malaysia our own Shintaro took out 1st place. Congrats mate !! 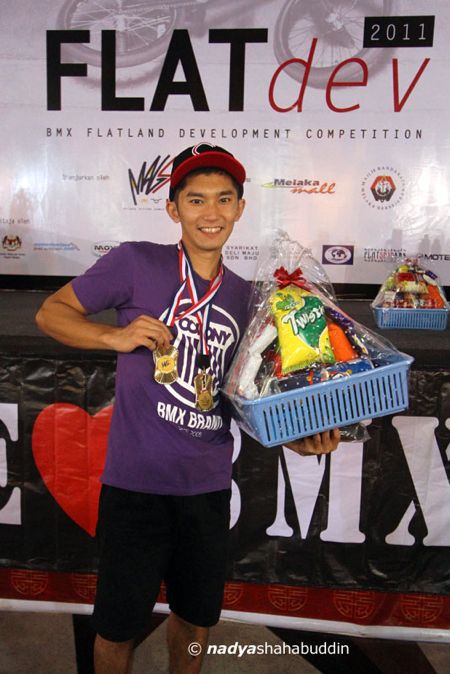 I drove through Canberra a couple of days ago and stopped in at Backbone. These guys have been holding it down in Canberra for a few years now so you don’t need me to tell you where to go for all your BMX goods in Canberra. Tom Stretton does a rediculous nose wheelie in this Ride On BMX store advert. Look out for a Chris Courtenay clip in there too. Ride On are good supporters of Colony and the BMX scene so check them out if you are ever in Brisbane.

Tom Stretton has some nice clips in this edit where some Brisbane crew lit up coorparoo park and John Young got his film on.

Oskars Zajarskis our flow rider from latvia has been living in the UK for the past year or so & is soon to be making the move back home. He also just recently gave his Rebirth frame a little re-vamp with a raw paint job to keep things fresh. 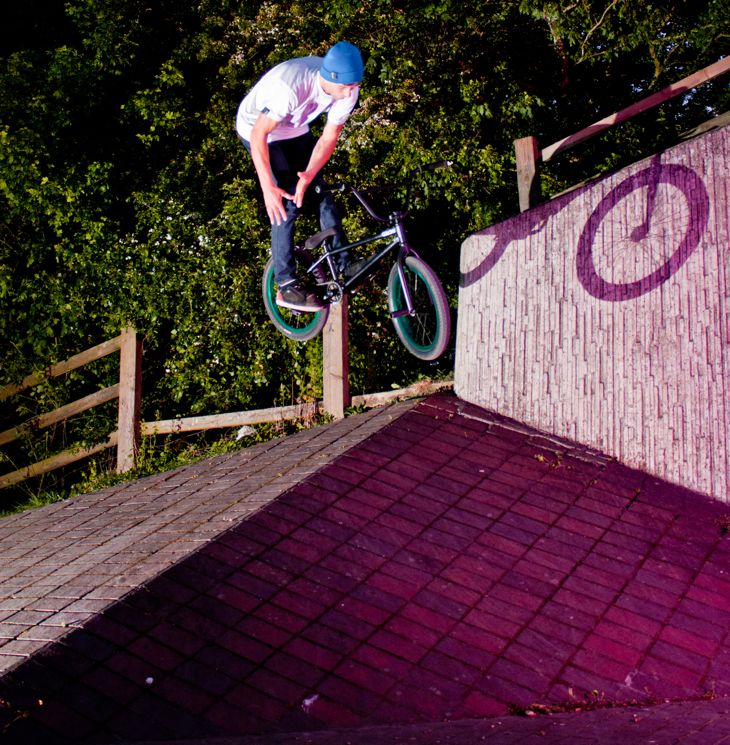 There was a jam down in Adelaide put on by our friends at Little Black Bike and Dishonour and Liam was on hand to destroy the rail/ledge setup.

We spent an afternoon filming with Alex for the new web edit series we spoke about a few days back now. Really looking forward to putting it together. 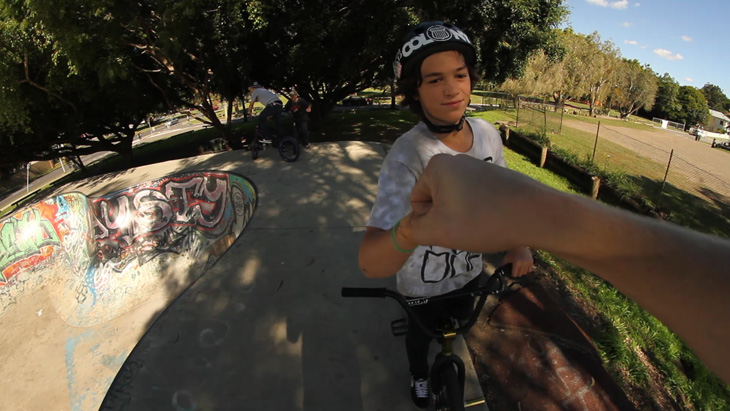 The new 2020 bmx magazine will be out soon & here is a sneak preview. This issue features an interview our own Liam Zingbergs as well as a full story on the making of The Colony DVD due out next month as well. There is even the first in our new advert series featuring Liam as well, check it.

I have a little feature over on the Crispy Stream website about my top 20 songs/albums of all time. Check it by clicking here now.

Attila Godi our rider in Hungary, just built a fresh new rig & you can check it out in full on the Offline website by clicking here now. 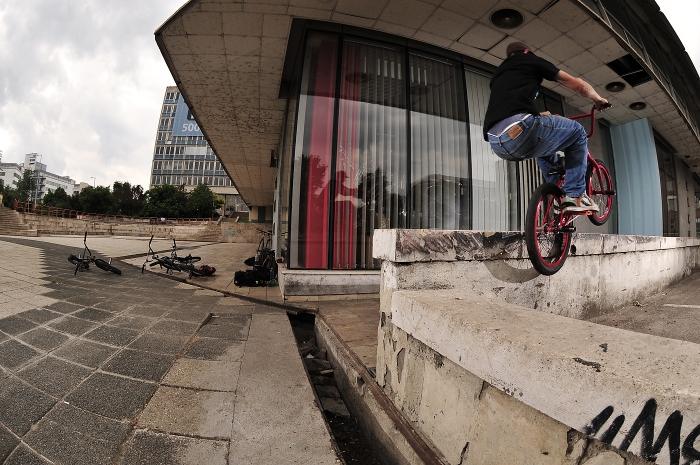 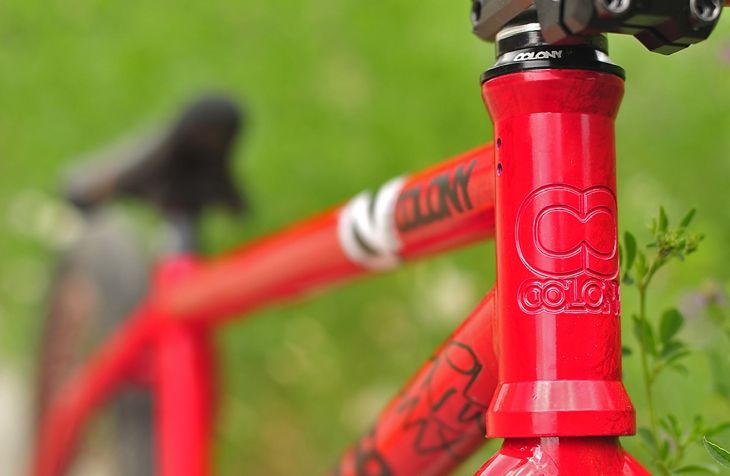 Shintaro posted a clip of a link that he has been working on for a while now. Buttery smooth…

Mick Bayzand & his good mate Kym Grosser feature in this Blazeguard edit jibbing at their local park in Melbourne.

Ryan recently put together his new signature frame, The Living, in one our new colours for 2012, Bright Purple.

These frames will be available around the world come September/October. Ryan’s frame will also be available in a complete bike as well. The first colourway on offer on these bikes will be pretty close to what you see here, Bright Purple with Black. The Living frame will come in 20.8, 21 & 21.25″ TT sizes. The complete bike will be built around a 20.8″ frame. 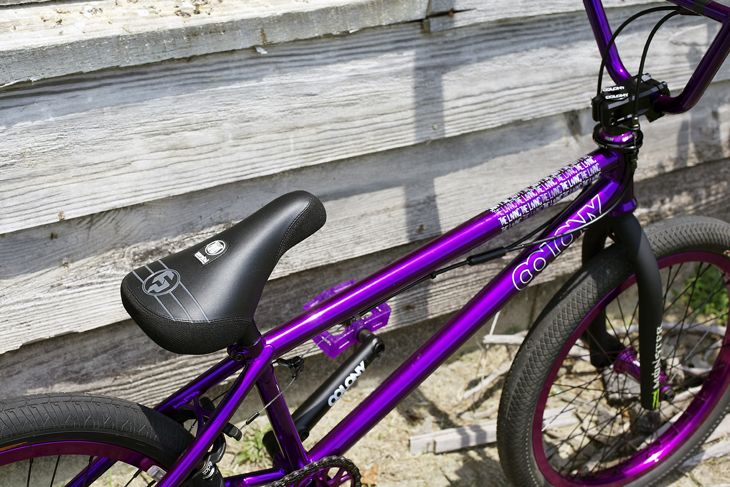 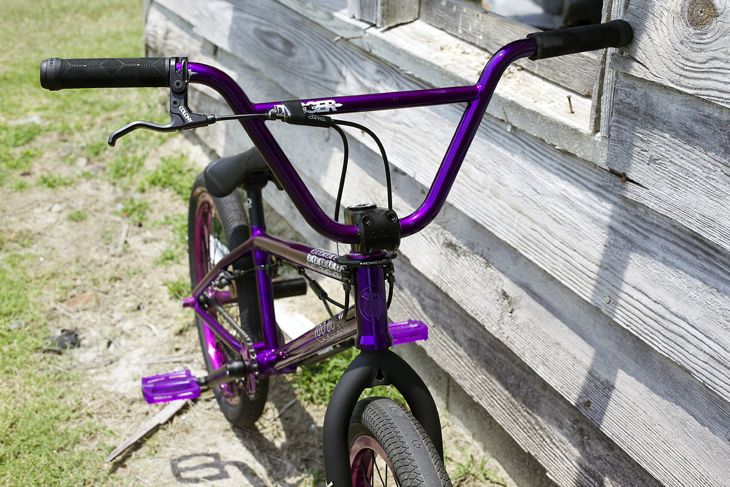 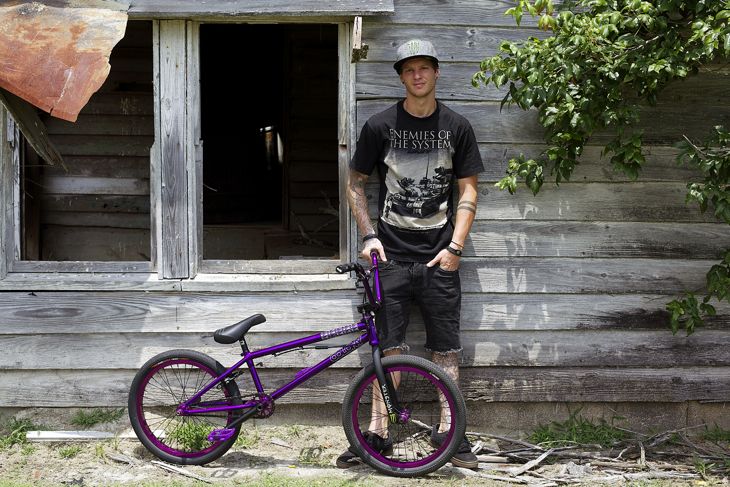 More from Brazil, this time a video product highlight with our Endeavour complete bike. It’s all in Portuguese but there are still some nice shots of the bike & some riding thrown in the mix from our main man Valvo. Enjoy !!

Our flow rider from Brazil, Valvo put together this edit over four days. A good variety of park, trails and street in this. Thanks to Wellington ‘Tico’ Utida for filming and editing it.

Round 2 – DUG this weekend

The second round in this years DownUnderGround flatland comp series is on this weekend in Sydney. Check the flyer below for full details. There is also a fresh new Flatland Australia website recently launched which you can check out here now. If you are in Australia you have most likely already seen this advert of Pete Radivo doing a superman seatgrab air on the back of the most recent issue of Focalpoint. Well here it is for the rest of the world… A couple nights ago we lit up Morayfield park with Tom and did a bunch of filming for a new web video series we are working on with the team. Tom really put in work for the clips. More info on these in the coming weeks. If you check the index page you may have noticed a new image featuring Marnold and the Variant stem. This is also the first sneak peek of the new layout style for the online and print adverts. We wanted to add more of a story to the adverts so that you get to learn a bit more about the behind the scenes especially with the DVD coming out next month.

Cooper Brownlee has been up here in Brisbane for the past week hanging out, riding & getting some work done. Here is a shot from a recent day out & about riding. 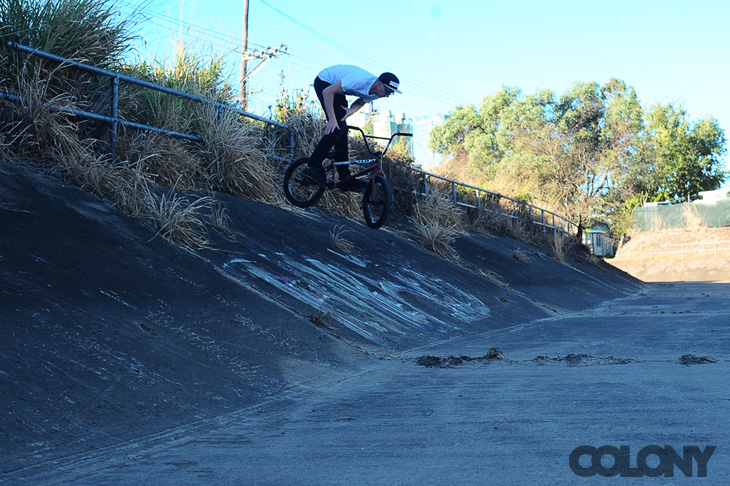 Paddy Gross sent in an update on what he has been up too….

Yo everyone !! Hope all of you are doing just fine and shredding as much as you can. I am doing fine over here good ol Germany and finally the weather is getting better.

I’ve been riding heaps of demos in the last couple months and I also hit up a contest in Innsbruck, Austria with my Vans teammates Tobias Wicke, Markus Braumann, Senad Grosic and Daniel Juchatz. We’ve had a pretty cool time and the location has been awesome. The whole wooden park was placed in the middle of the forrest in front of a huge mountain chain, seriously an amazing scenery. The ramps been very awesome and we’ve had a good time shredding. At the end Markus Braumann won this thing well deserved, I scored 2nd place followed by Tobias and so on. Cool trip, cool people and heaps of fun.

Then another super awesome thing happened haha. I wrote Zac Miner that after he taught me the saying “nahyourritemate” while I was in Australia, that this has been one of my favorite memories of my visit and I got it as a tattoo on my forearm. Since I have heaps of words who have huge meaning in my life written on my arm, that one was another one I had to write on it. So Zac was stoked and told me to send it over to Nick who does the nyrm stuff. So I did, he was stoked, told me about the brotherhood and added me straight to the team hahaha. I was so fucking stoked and it all happened while I was working in a nightshift at the porn store. Wow that’s even cooler than it was anyways. Now I am able to represent one of the most awesome countries I’ve ever seen and my mates as well, can’t be better than that.

I also have kinda bad news because I won’t make it to the Colony DVD premiere cause I am going to need my travel budget for all the upcoming contests in Europe and I am not able to earn enough money from my job for a plane ticket in such a short time, Unfortunately not all the girls need toys hahaha dang it though!

So the season pretty much just started and I’ll keep having fun on my little bike like you are. All the best to all of ya and thanks for reading. 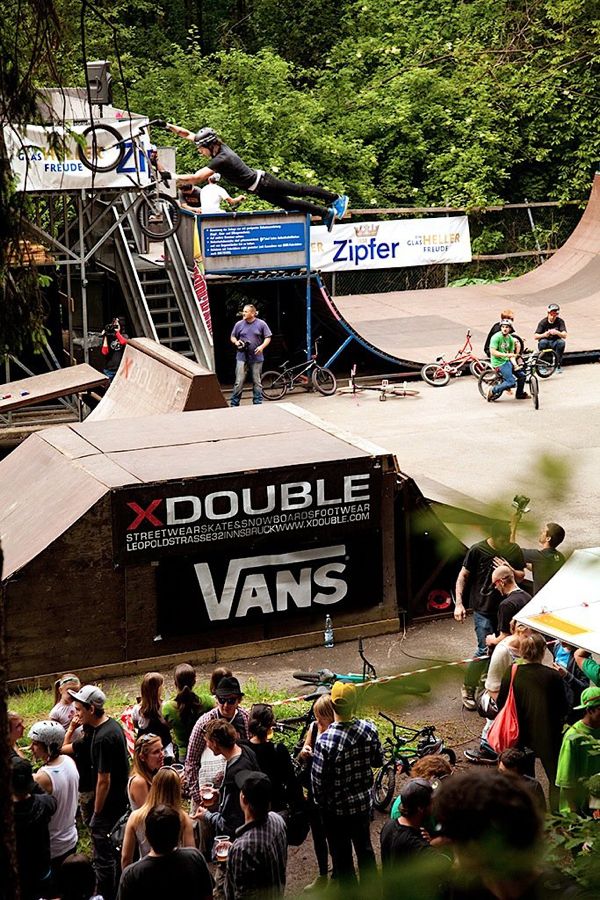