Alex has been a busy man over in the USA. He just shot through this update…

Just got back from “Tabes for the Babes” Tour to Tuscon, Arizona With a bunch of rad dudes. We broke down on the first night of the tour because the brakes failed, So we had to stay in a small town can san tee for two nights until the brakes were fixed on the RV… We were super lucky to find a nice enough mechanics to lend us a car for those two days for us to get around town.. After the brakes were fixed we were back on the road and made it safely to Arizona..

It was over 40+ Degree heat in Tucson and we were riding concrete parks all day everyday, It was exsaugthing but so fun.. Ian took us to shoot all his guns one day as-well which was so much fun !!!

The last day I rode Recon Tour At premise park, And ended up Placing 2nd in Open.. The comp was soo crazy there were over 30 riders in Open And everyone was riding so good !!! Finals was getting so intense and every one was throwing down bangers…

Also I shot a bunch of photos with the photographer from RIDEbmx and he is doing a 8 page story about the trip and the web video will be out soon!! I also just got invited to ride the Vans US open HB invitational comp on the 27th of this month!! Sooo happy and stoked. 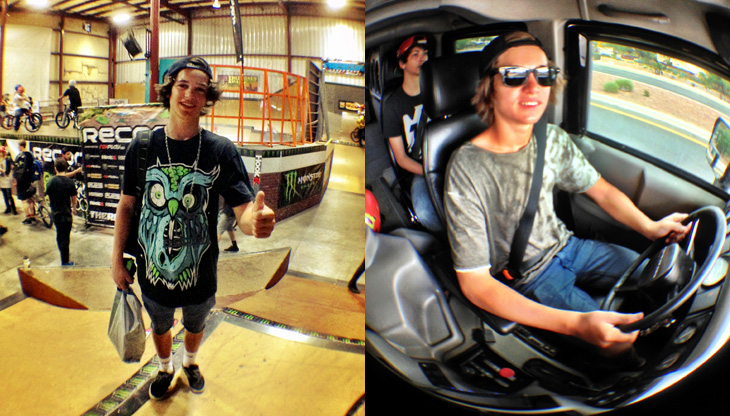