Mick has been doing demo’s in Perth.

“We’ve been doing 2 shows a day for the past seven days 1 in the morning and another at night. It’s almost coming to an end now, it has been a lot of fun riding, hanging out and running a muck. Lots of laughs have been had, lots of stuffing with peoples bikes and lots of hollaring and random peeps. Pretty much what happens when lots of bmxers get together and have a lot of spare time on there hands. Thanks to my little homie Brady Thomas for the pics. and also a big thanks to Shawn Jarvis of Freestyle Now for the hook up.” 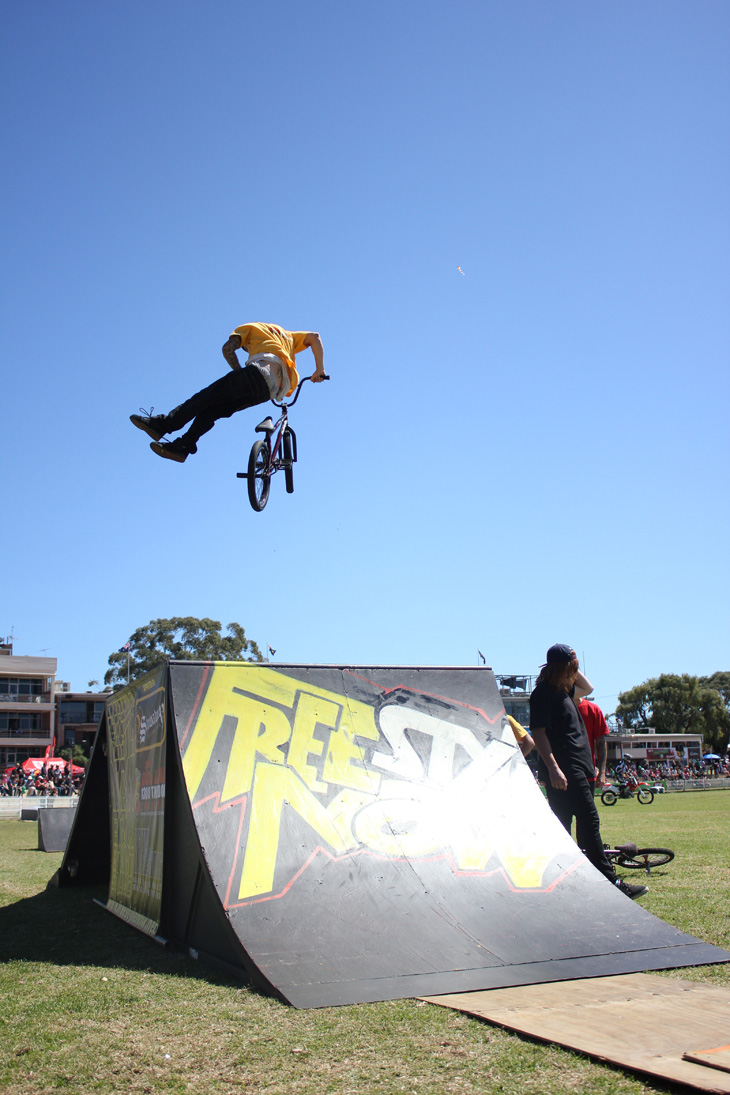