Just thought I’d send you some photos of the trip so far. It’s been a ball, loving it here. On the first day I got to go sky diving for the first time, which was so rad. After that I got to ride Mirra’s warehouse with a bunch amazing riders. However, I ended up dislocating one of my toes which sucked. I’m back on the bike now though and loving it.

Ryan’s out of town this week but he said when he gets back, we are going to film a ‘day in the life’ edit for us. I’m pretty excited about that. 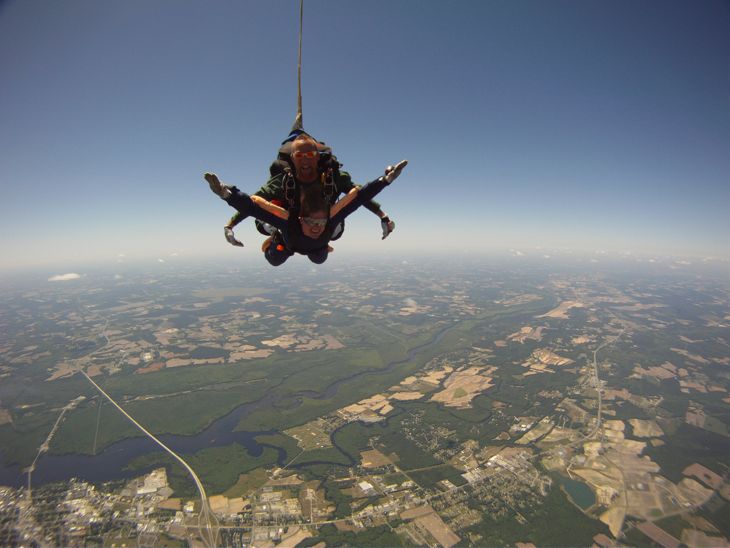 Jumping out of a plane.

The girls I’m riding and filming with at Mirra’s. 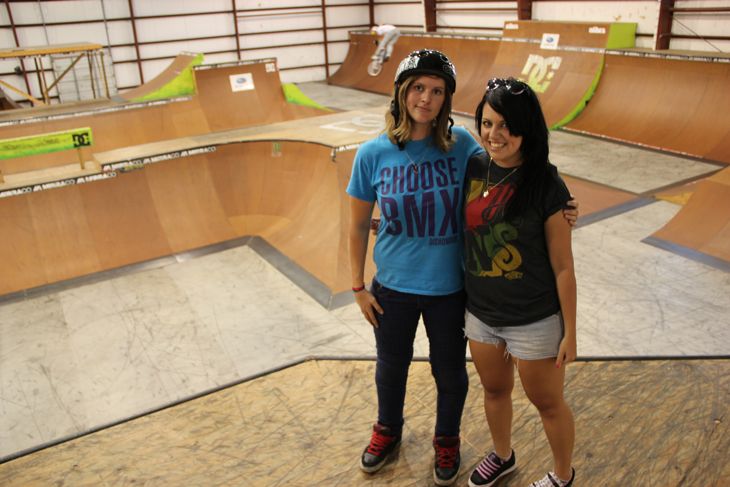 One of my best friends and me at Mirra’s.