Helping out a rider…

About 2 years ago (I think), I noticed a young rider at Woodridge skatepark here in Brisbane. He was riding an 18″ bike that was clearly too small for him. I always said he should get a 20″ bike, sooner rather than later. I hadn’t seen him in ages but saw him recently at Woodridge ripping on a 20″ bike. It was good to see but it turned out it was his friends bike & his was broken beyond repair & it was still the old 18″ bike.

I figured I could do something about his bike less situation & got a bunch of old parts together. Ended up building him up an old Sweet Tooth of Alex’s with a bunch of parts we had around. Much better suited for him & he has already learnt a few new tricks, even in the rain.

Now before we get hundreds of emails asking for a free bike, please don’t do so. This was a special occasion & one that can’t happen all that often. 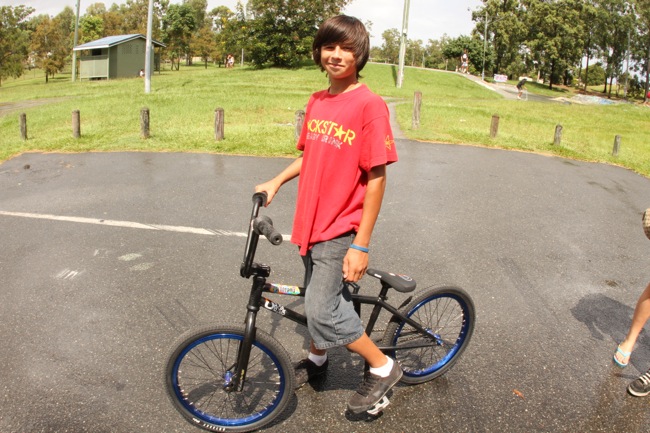