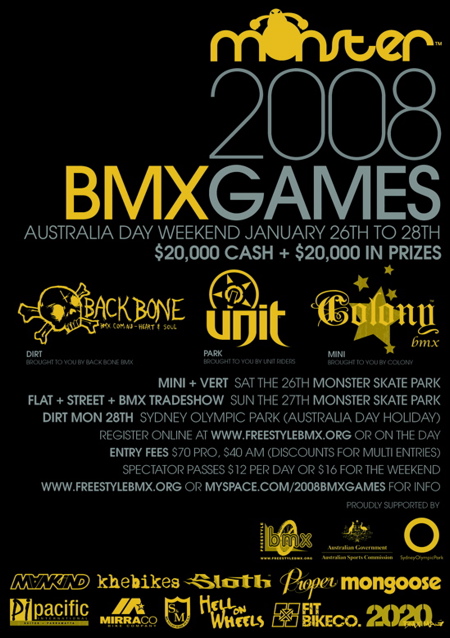 The biggest annual comp is set to go down in Sydney this coming Australia Day weekend. You can expect to see pretty much the whole of Australia’s riding population there hanging out, riding, drinking or any combination of all of the above. Should be good times as always.

The vast majority of the Colony team will be there in full effect. Especially for the Colony BMX Mini Ramp Battle set to go down on Australia Day, the 26th January.

Hope to see you all there & look out for the Colony BMX booth on the Sunday with our range on display as well as some of the 2009 stuff like the Liam Fahy-Hampton’s Hell Stallion frame, our Clone Hubs & 2 piece cranks.

We will even have some random giveaway’s through out the weekend including some Colony G-Strings for any hot girls that want to show their Colony pride. 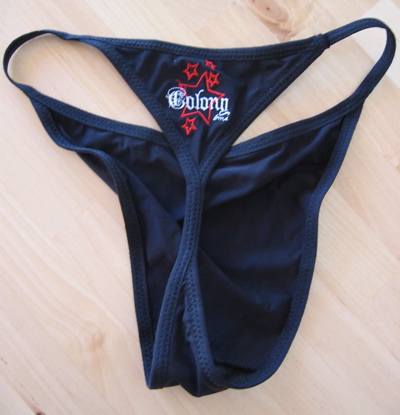