These few pics here pretty much sum up the weekend just gone up here. Zac killed the Botanical Gardens rail in the city with this over ice. Then smashed his face on a messed up gap to second stage tooth hanger on another rail. Everyone got pretty loose at Spinal Disorder. Way too much alcohol was drank over the weekend. Oh, and a little riding went down too. Good times. 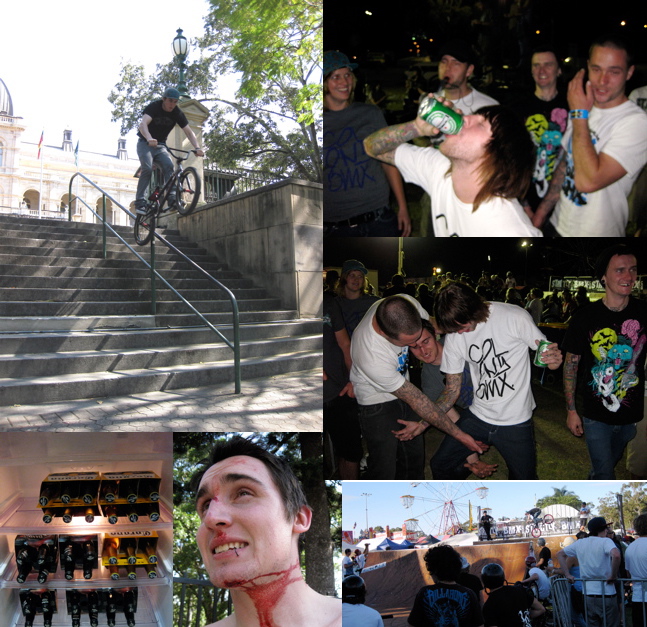 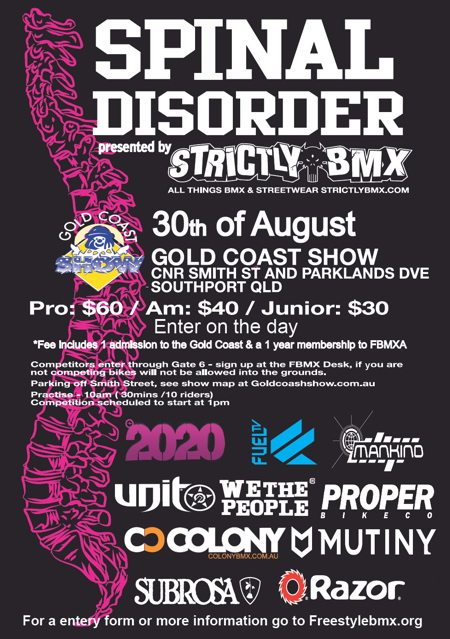 Attila Godi our flow team rider from Hungary has been busy it seems. He just got back from a contest called The Pannonian Challenge. He said it was a blast & he had fun. Check the pics. Attila also met up with Shane Badman whilst there & we will have a little mini video interview with Attila in the coming weeks. Check back soon. 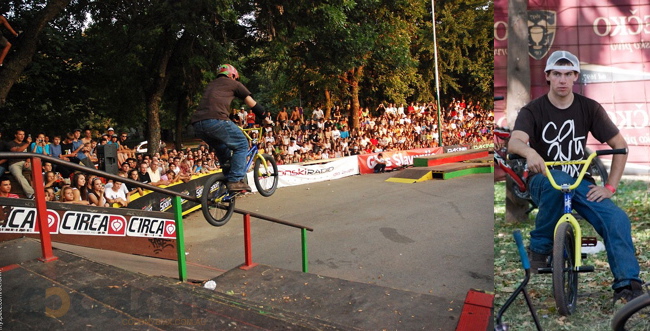 The guys at Ride On BMX put together Tom’s new bike this week & it looks shit hot. Teddy frame, Teddy Bars, Official Forks & Colonial Cranks all in our Silver Storm colour way with Black Colony parts. Check it out below. All these & the rest of our 2010 ranges will be available in Australia & the USA in 3 weeks & the rest of the world shortly after.

Tom is starting work on his first web edit for Colony this weekend, expect it to drop over the next few weeks. 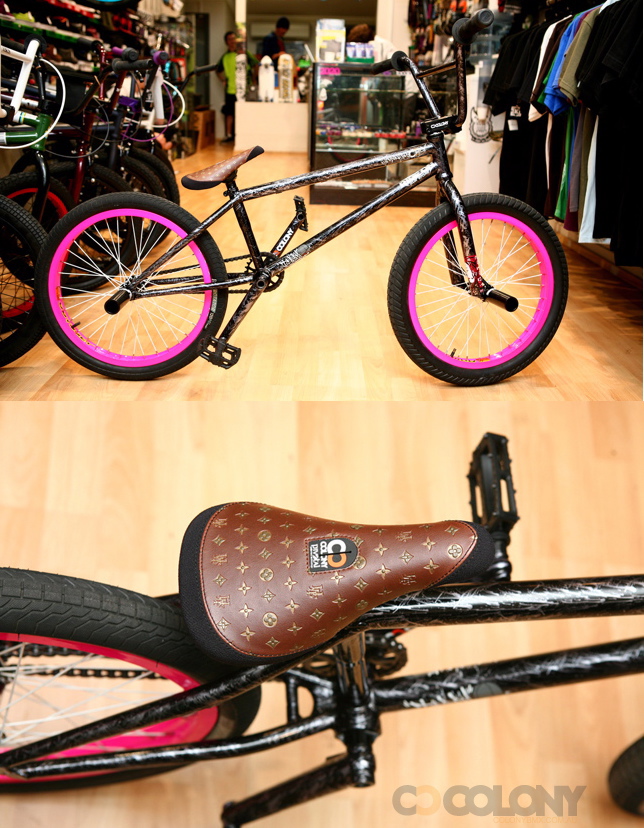 Thanks to Steve at Ride On for the pics.

Valvoline… you know what I mean.

Henrique Castro, otherwise known by many as Valvoline, had some pics taken recently by Colin Mackay & we will be creating his team page in the next few days. Valvoline is our team member for Brazil & lives with Guettler in Greenville when in the US. Check back in the next few days for his team bio.

On my way back from Melbourne last week I dropped into Sydney for a few days & hit up the Carhartt store there. I love going there… so much good stuff & Andrew always hooks me up big time. Thanks again to the guys at Carhartt for the hook up. 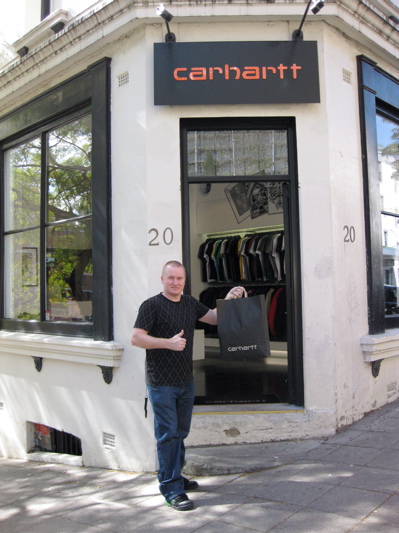 Tom Stretton dropped by the office yesterday to do some shopping in the warehouse for his new bike. Tom chose a new 2010 Teddy frame in Silver Storm with all Silver Storm & Black parts to suit. We will have a full bike check once Tom has it all built up in the next few days.

Once again, welcome to the team mate & I am stoked to have you as a part of the Colony family. 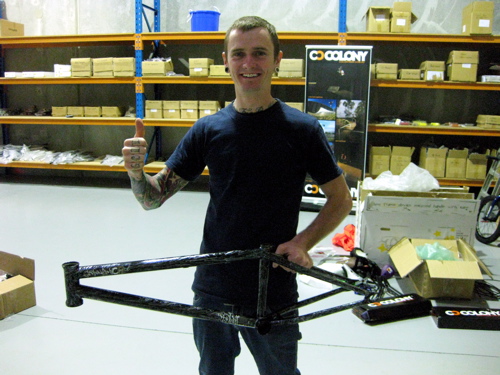 Liam & Marnold went for a roll with Cooper Brownlee on the weekend & got a few clips & some pics. Both Liam & Marnold were killing it according to Cooper & good times were had. Exactly what BMX is all about, having fun. 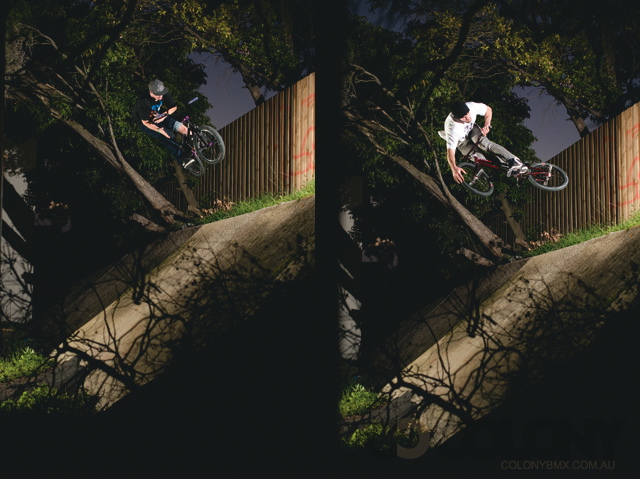 Over on the Backbone BMX site there are some sneak shots of our 2010 frames from when I dropped in to say hi on my way back from Melbourne. Check them out by clicking here now.

Shane sent in an email on what’s been going on with him. Read on below…

After spending nearly a year in Sweden it was time to get moving. It’s been well over 3 years now since i’ve been living in Europe & i’m starting to lose track of the countries that i’ve visited & lived in. Never forget the riders that i’ve met, nor the riding sessions that i’ve had though… funny how some things stick in your mind?!

I’m in Hungary at the moment just chilling & riding as much as I can. Living in Sweden was great, but winters that last 6 months & very few riders make it tough for any nomadic BMXer. Hungary is awesome for riding. The weather rocks 9 months of the year & all the riders are super motivated – probably a reason I’ve been here every year since 2005. I’ve been staying with one of my good mates, Andras Pentek, who co-owns OG Bike Company. In between him running the business & their shop, we’ve been hitting up spots all over the country including the OG Summer Camp & Contest in Szombathely & visiting riders in a bunch of different cities.

I’ve got another week of riding here & then off to the sunny UK for more riding… stay tuned! 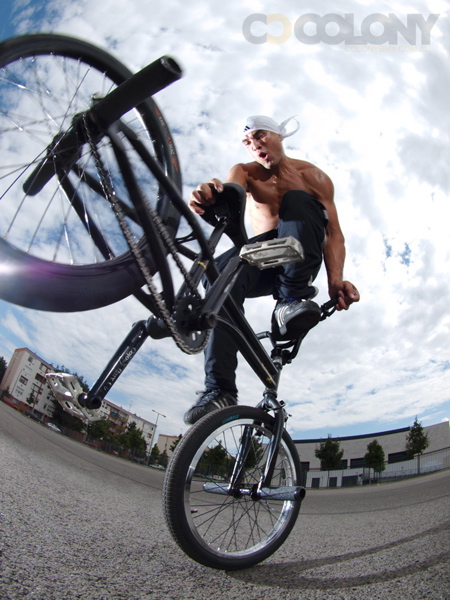 A random pic of Zac Miner courtesy of Puni. 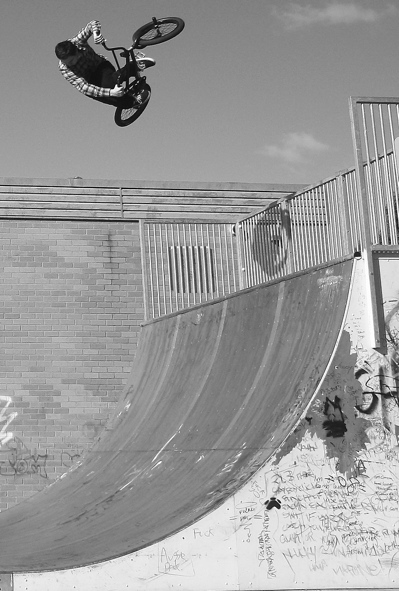 Available in the next 4 weeks is our first range of fitted caps. Shown here is the Liam Fahy-Hampton signature ‘LFH’ version & we will release pics of the ‘Logo’ version soon. New for 2010 is our Super Slim Pivotal Seats which will be available in two versions, with padding or without padding. Check the pics below for samples of what we will have on offer. All of our 2010 parts ranges will be available from mid September onwards depending where you live on the planet. 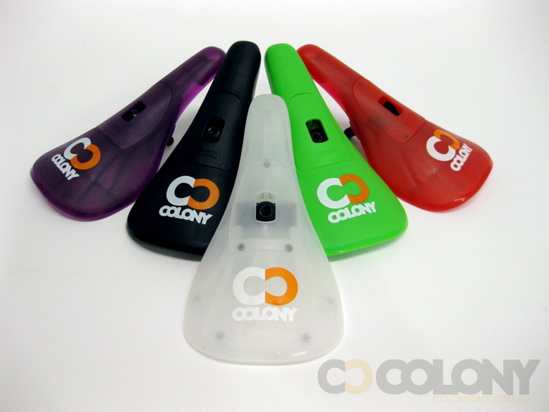 Zac & I dropped by Connections BMX in Bendigo on our way back from Melbourne. It’s a really cool little store with pretty much anything a BMXer could ever want. We also had a roll with the store owner Ash at the local park. It’s a really fun set up & the locals were super cool as well. Good times. Ash even fired out some flip fakies !! You don’t see too many bike shop owners doing them on a regular basis. Mick sent over some pics of him shredding on his new 2010 Teddy frame & it looks like he is liking it for sure. I always love the stuff Mick does, always keeps me on the edge of my seat. You rule mate !! The guys over at ParBMX have opened up a real BMX shop in Lithuania & of course they carry Colony. Click here to check out more pics of the shop & some riding from an opening jam they had to celebrate. 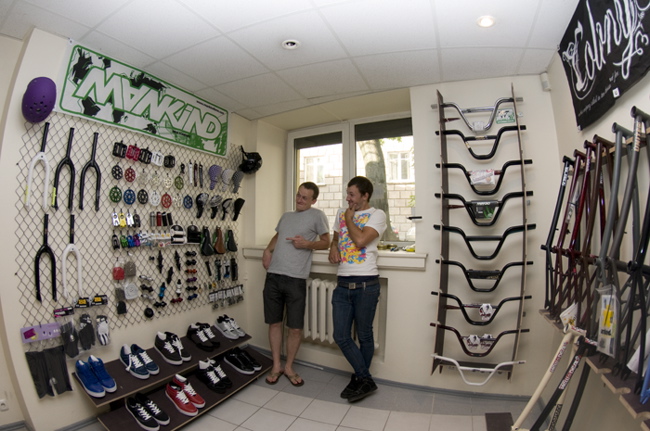 Liam Fahy-Hampton is being graced with his own signature seat for 2010 & it’s called the ‘LFH’ It will come in two colours – Black & Brown as shown. It uses our new Pivotal base as do all our 2010 seats. Available September/October depending where you are on the planet.

A couple random pics from Ausbike here in Melbourne… Alex has a bike check over on the Focalpoint BMX site. You can check it out by clicking here now. As promised here are a bunch of pics of our full 2010 ranges from our stand at Ausbike. Available in September/October around the world. Hope you like them !!

We’re in Melbourne right now for the Ausbike trade show which starts today. Sorry, but it’s open to bike shops only, not the general public. We will have the worldwide debut our full 2010 range at the show. Don’t worry, for those that can’t make it we will post plenty of pics tomorrow. Check back then. Arrived in Melbourne yesterday & dropped in to see the guys at Strictly BMX. They definately have a well set out shop which is really impressive. They are on top of their game for sure. Plus, Kyle who works there, recently got a new tatt which features Ryan’s Official sprocket. Pretty damn cool. I am on my way down to Melbourne right now & stopped off in Tamworth yesterday to see Bratt & Annette at Xtreme Cycles. Their shop has only been around since April this year & already it’s looking very impressive. Located right across the road from the town’s skate park it’s the perfect place to get your BMX bikes & parts fix. They already stock Colony & will be carrying our entire 2010 ranges from September. If your in the area make sure you go see them. After there I headed to check out Dubbo’s park with two locals from Tamworth, Josh & Mark. It was a crazy drive through some almost rally like highway but a good drive for sure. We arrived about 4 hours later & had a fun ride at the park. This place is pretty good. I am sure once you got used to it it would be really fun. The locals were killing it with all the lines. After more driving from Dubbo, I made it Shepparton late last night for some much needed sleep. But not before running into a few random BMXers in Parkes while getting some food. It’s good to see BMX is alive & very well, in all corners of the country.

On Tuesday the 11th of August, my lovely girlfriend Niki & I tied the knot & are now married !! It was a very exclusive event with just immediate family present. A wonderful day was had by all & exactly what we wanted.

We will have a large party later on this year to celebrate. Words can’t describe our good it feels to be able to call Niki my wife. Mick sent over some pics of his new Teddy frame built up & it looks the goods for sure. True Bayzand style of Black & Gold, gotta love it. Check it out below. Mick’s Colony parts list reads as follows… I dropped into Above All BMX in Miranda in Sydney on Sunday, to have a cup of tea with Julian & to check out his shop. Julian has one of the cleanest looking BMX shops around. If you’re ever in the area you gotta drop in & check it out.

Above All BMX will soon have our entire 2010 range in stock when it arrives in the first week of September. Click here now to check out a little write up on a pool mission we had a few weeks ago over on the Carhartt site. Good times.

Bruno wrote in to say he just got back from a roadtrip in France with some friends & shared this video of the trip. Look out for Bruno on the white bike shredding it.

Kenny recently put together a new bike & here it is up close & personal. His Colony parts list is as follows… Just sharing this pic of Pete & Zac for no other reason than that these two guys are the best fun to party with. See you both this weekend in Melbourne.