Shane Badman sent me email from Egypt… read on below.

Everything is going really well down here in Egypt. I’m living in a resort city called Hurghada about 4-5 hours south from Cairo on the Red Sea. The city is known mostly for it’s local diving scene and crystal clear water, but is also a popular destination for the super-rich and wealthy luxury boat owners as it’s central to a bunch of other places around the Middle East & Africa.

Living in England I heard through the grapevine that a local company in Egypt were looking for a rider to do demos for a few months. After a few phone calls followed by sending some footage, they were happy to ask if i’d come down for a few months to work with them. Admittedly, the lure of white sandy beaches, 40degree weather, no rain for months and months on end and the fact that all i’d be doing is endless riding was too good to pass up.

So for the next few months or so I’m here doing daily flatland demos in the newly opened Marina for tourists and the like. The lifestyle is good, the locals are friendly and I’ve got a bunch of good spots to ride at. I have a bunch of other trips planned around Egypt over the coming weeks so stay tuned for updates and photos! 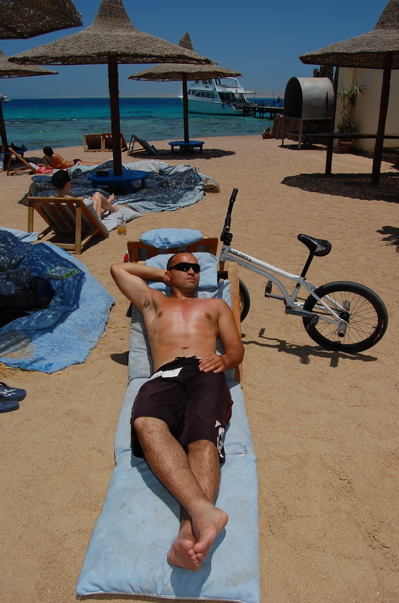 The life of a pro flatlander hey?