How long have you been riding?
I’ve been riding BMX since I was about 4 years old when I learnt to ride a bike, so that would be back in 1984. But I got super serious about BMX and riding Flatland in 1994 when I was 14 years old. Haven’t looked back and now over 20 years in the game!!

What got you interested in BMX?
I grew up in outback Australia in a small, dusty town. Not a lot to do, unless you had imagination then you had everything to do. Back in the day I rode more street than I did flatland so we had the whole town as a place to ride. Never a boring day. So early on I got super stoked on BMX for the adventure, the fun and freedom.

As I’ve gotten older I think what’s kept me in the game so long without getting burnt out would be because of adventure, fun and freedom. I’m stoked that I’ve actually lived and built a life in 7 countries and counting over the years and travelled to many, many more. And pretty much all through BMX.

Biggest influences in BMX:
Clint Millar was a massive influence and I would definitely say he opened my eyes to what BMX was about, the lifestyle, what you could do with it and even down to the tricks. In a different time when there was no internet, Clint and I were penpals after I wrote to him when I saw an advert for the Prody vids in a BMX Plus back in maybe 1995 or so. We started writing regularly to each other and as a kid having this kind of friendship with a big time pro blew my mind. Which is why I am honoured to ride for Colony and be a part of the Family.

Other big influences now that I’m getting older would be riders that are still holding it down in their 40’s. Once upon a time I would think that if I was still riding when I was 30 then that would be pretty awesome. Now in 2015, I’m 35 and don’t see any end in site to riding. The influence the riders older and ahead of me and their attitudes, is a massive influence and I think is the main reason I think the way I think these days about my riding.

Where are you living at the moment? And where did you grow up?
I’m currently living in Traralgon, Victoria in Australia as my other half, her family is from here so we’re currently over spending a bit of time. Close by to Melbourne so I’m pretty stoked, easily one of my favourite cities in the world.

I grew up in a small town called Marree in outback South Australia with a population of maybe 20. It is about an 8 hour drive straight north into the outback from Adelaide. There is literally a handful of buildings and that’s where I mostly rode when I was a kid. All the freedom, adventure and fun in the world. I definitely miss those times and always look forward to going back there.

Later on as a teenager, the family all moved to Adelaide which is where I got into BMX hardcore.

What does a regular Saturday out on the bike usually consist of?
Usually a roll down to my local coffee shop to get the day off to the right start. During this time I chill for a bit, catch up on BMX news around the world, spend a bit of time on instagram, check the weather and plan where I’m gonna ride.

Let’s be honest though, I ride flatland so my spots are not always the most interesting, they’re just kinda practical. I got my local that I spend most of my time in. But when I do know the weather is looking good, then I usually head to the Imax spot in Melbourne. Favourite spot to ride – love the atmosphere, great crew, security and people are chill, good surface and close to good places to get food. Major wins all round.

As for the riding, I always like to work on combos on the weekend and during the week usually working on individual tricks.

What are you doing for work these days?
I run a regular ol’ career next to my BMX life so spend a lot of time in an office and in front of a computer. Just another reason why I always look forward to getting outside as much as I can.

What are your interests outside of Riding?
In 2014 I started playing golf again. I played a serious amount when I was a kid, then BMX took over and I kinda gave it away for 20 years. I spent another summer living in Budapest, Hungary in 2013 and got right into Tiger Woods golf on my iPhone so soon as I got back to Australia I went for a hit and got re-addicted.

I also do a lot of stuff online with a few different websites that keeps me busy and my two dachshund furkids, Frankie & Ava.

Car you own/drive:
Currently own a Volkswagen Caddy Tdi, the ultimate road trip car (thanks for the tip on these Clint!) and the missus and I just got a 2014 Volkswagen Golf 103TSi. Such a go-cart.

Tell us something about your local scene:
It’s pretty small… it’s just me! But that’s cool, I connect with crew I know all around the world where we’re doing the same as we would in person, but just online.

The flatland scene in Australia is really, really small. I mean, there may be about 20 dedicated riders in the whole of the country who come to the events and so on. But that’s cool, also gives me a lot of motivation to travel abroad which is a massive part of my life.

What motivates you to go out and ride all the time?
Just love it I guess. I think when you’ve done something for so long you just accept it as a part of your daily routine. So now it feels kinda strange when I don’t ride regularly.

But the buzz of new tricks and new combos is a big motivator too. No better feeling than working on something and finally pulling it. That never gets old.

Favourite place you’ve travelled to and why?
I’ve got a bunch of places but if I had to pick one I would say Budapest in Hungary. There’s a lot of reasons why, but I guess the simplest one is that in all the years that I’ve been going there now, I’ve never had a bad time. I’ve got so many friends there, know so many good riding spots, it’s super affordable and the city is awesome.

Good meals to eat:
Hogs Breath Cafe haha! The first time I went to one when I was aged 14 and I remember it so well as they had BMX and skateboarding videos playing on the TV and had Black Sabbath playing on the loudspeakers. I go as often as I can.

Give us some bands/musicians you are into these days:
Depends on the mood, but a listen to a bunch of stuff from good hip hop and electronica to rock and heavy metal. Whatever gets the motivation going I guess!

Favourite Colony product?
Along with Simon O’Brien, I’m currently running and testing the new Colony Exon Flatland range that will be available mid 2015 around the world. So I would have to say that all of this new range I’m super stoked on as we put a lot of time and effort and of course, experience, into making it happen.

But one of the established Colony products that I have been really stoked on is the freecoaster. It rolls super smooth, is really easy to pull apart and maintain, you can adjust the slack, it’s a decent weight and Coops even went to the effort of putting an awesome how-to video together about how to maintain it!

What has BMX has taught you:
That if you want something badly enough, then you will get it.

The usual thanks…
Massive thanks as always goes out to the Boss, Clint Millar. He’s been a good mate for basically my entire riding life and I’m stoked on the opportunities he’s given me – thanks!

And to everyone else at Colony; Glenny and especially Coops for looking after the team, hooking up to get photos done and for just being down for the cause.

Thanks to all my good friends in the BMX world who have ridden with me, had a laugh and enjoyed every moment both in Australia and around the world – you know who you are and I hope I see you all soon!

And of course huge thanks to my lady Nina who keeps me focussed and on my game. 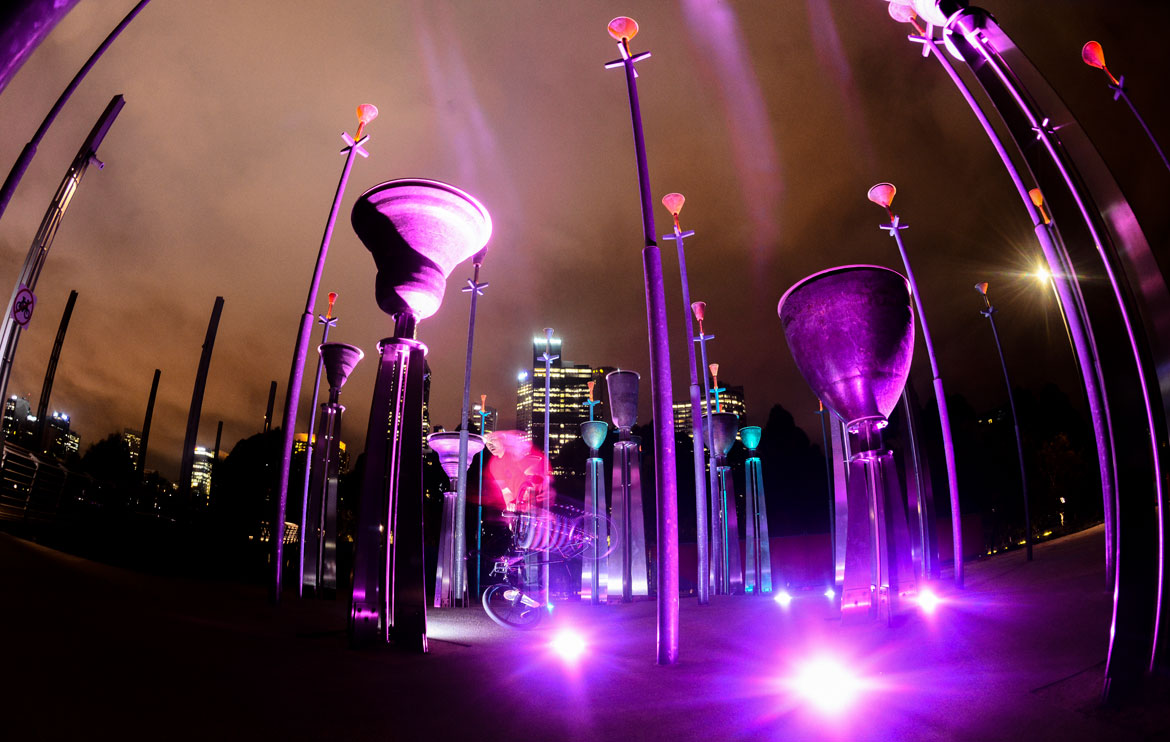 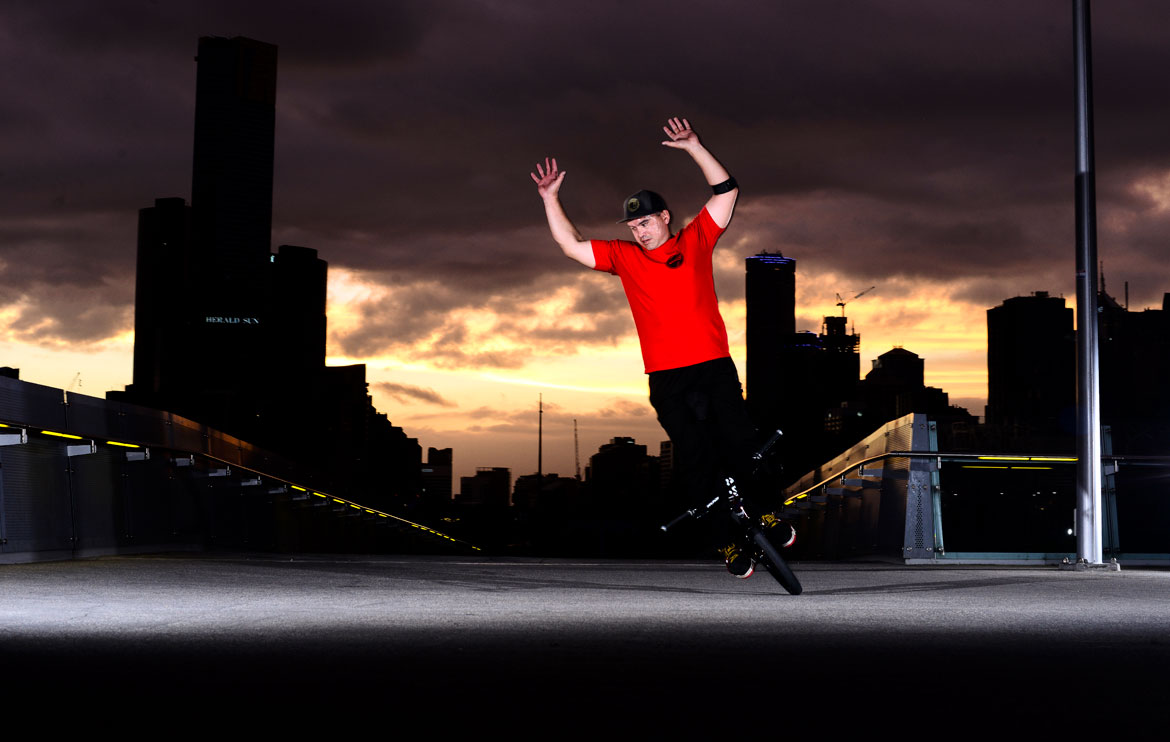 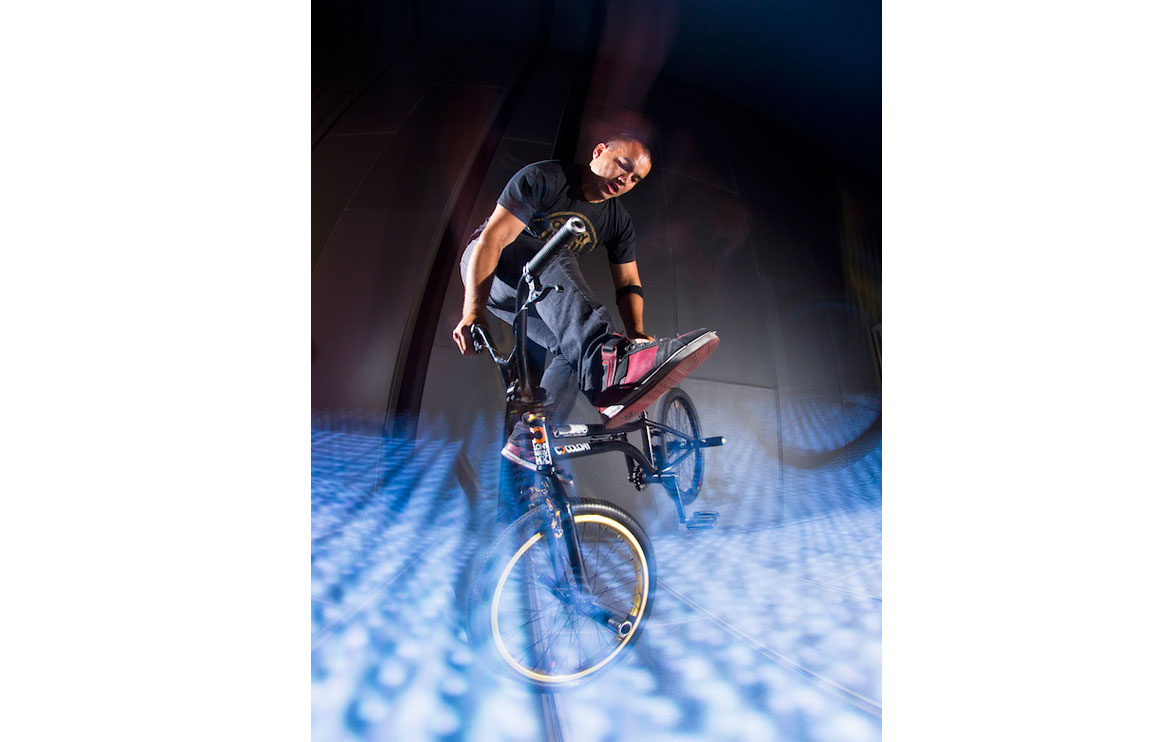 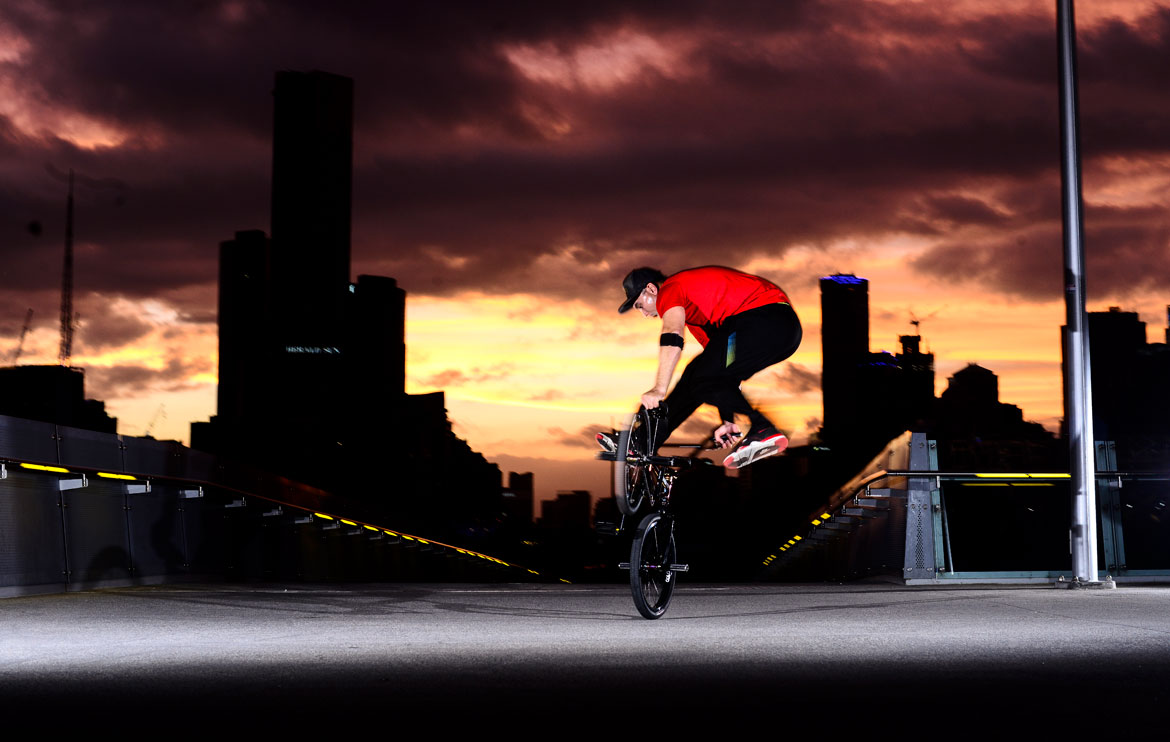