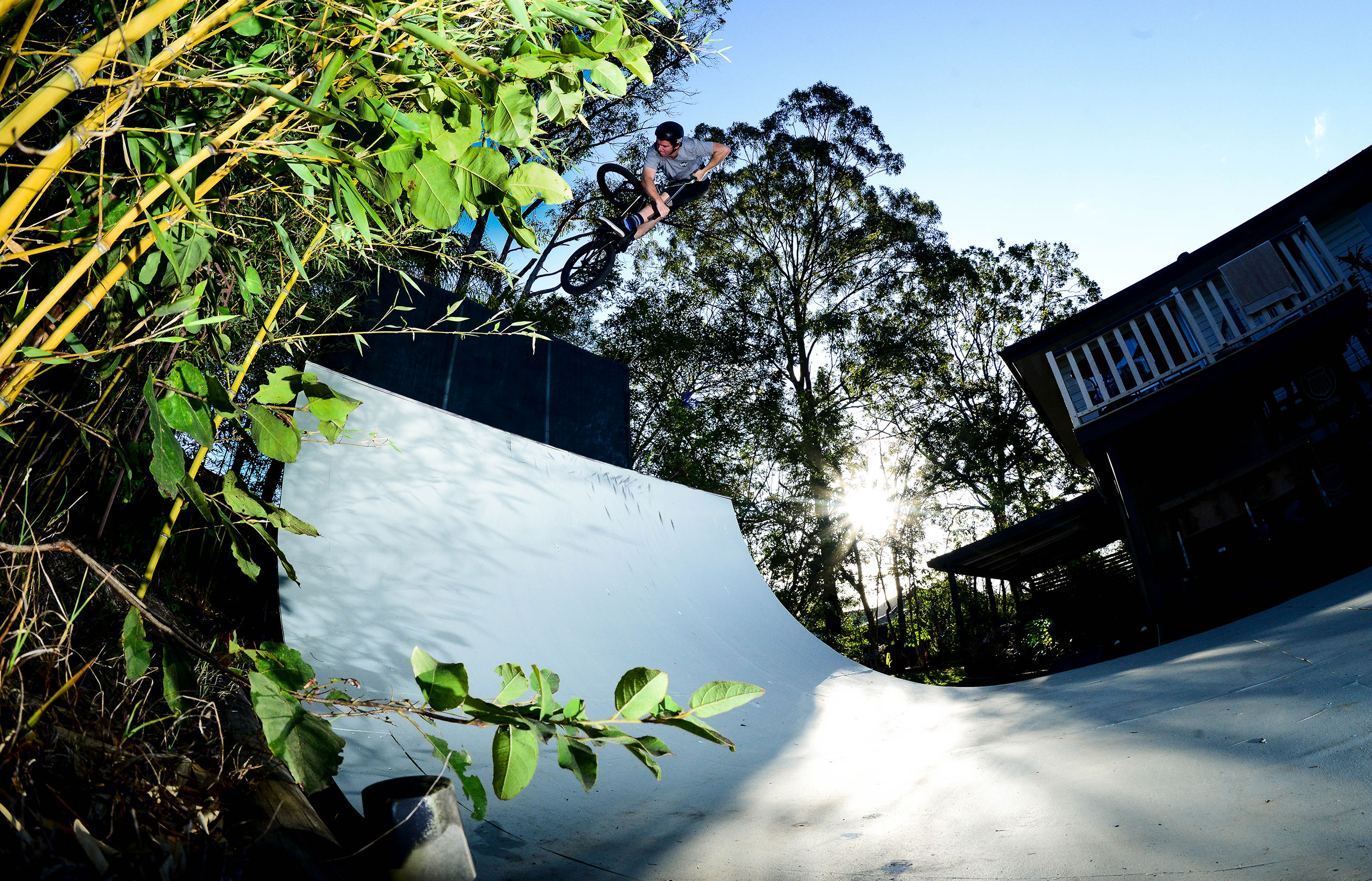 What was it like growing up in New Zealand?

It was great is a really cruisy lifestyle, and the people are awesome, have a really rad Bmx scene in Christchurch where im from. Bunch of dudes shred, only down things were the crap weather and living through 2 devastating earthquakes which led to moving to Australia.

Are there many differences in the scenes comparing Australia to New Zealand?

They aren’t very different to be honest, Australia is a little more intense as it is more involved with the Bmx industry and media ect. New Zealand is a more laid back scene , but both scenes do well when it comes to putting on events , jams ect.

Do you plan to head back over there anytime soon?

Yes I am heading over in November for a weekend for a jam.

A few things but mostly daylight savings , it’s so good having some extra hours of daylight. 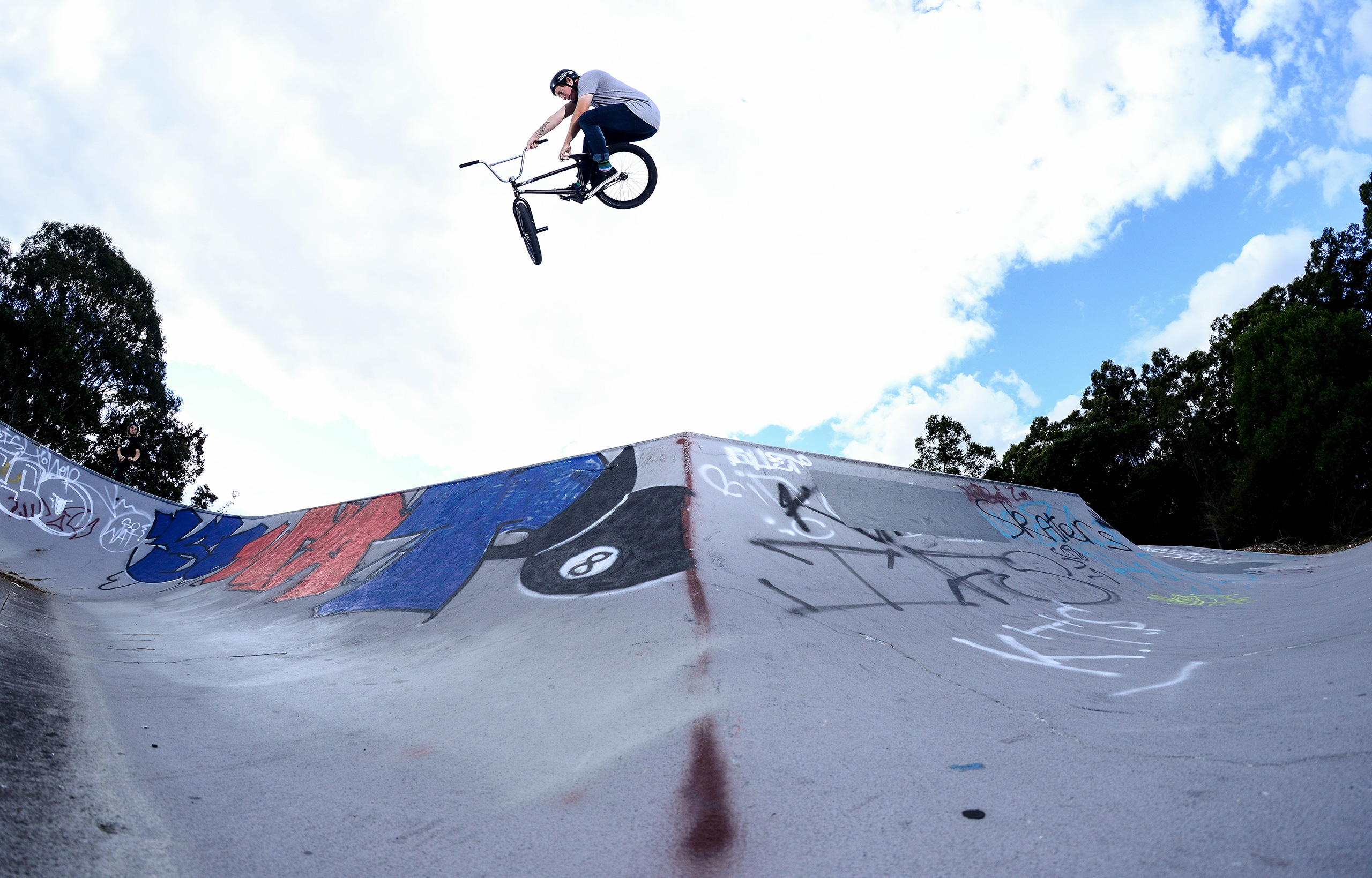 If someone was to visit Brisbane, where are 3 places they should definitely ride (and why)?

The Village Park & Supply; rad park, rad locals and it’s a bike shop so if you need anything your covered . Beenleigh skate park as it has a lot of Bmx history there and a really fun park. For the street guys Brisbane CBD is pretty rad a lot of fun spots if you can avoid getting kicked out

I know you are quite a diverse rider bit if you had to choose one style of riding to do for the rest of your life what would it be?

I would have to be transition/bowl riding it’s got that trails feel to it but you get all the benefits of a park as well , and it’s not as tough on your body so I’d hopefully that means I can ride longer haha.

Who do you usually ride with these days?

The past year is been mainly the dudes that We’ve been filming this DVD with and anyone that’s at The Village , been riding with young Josh Dove a bit too. 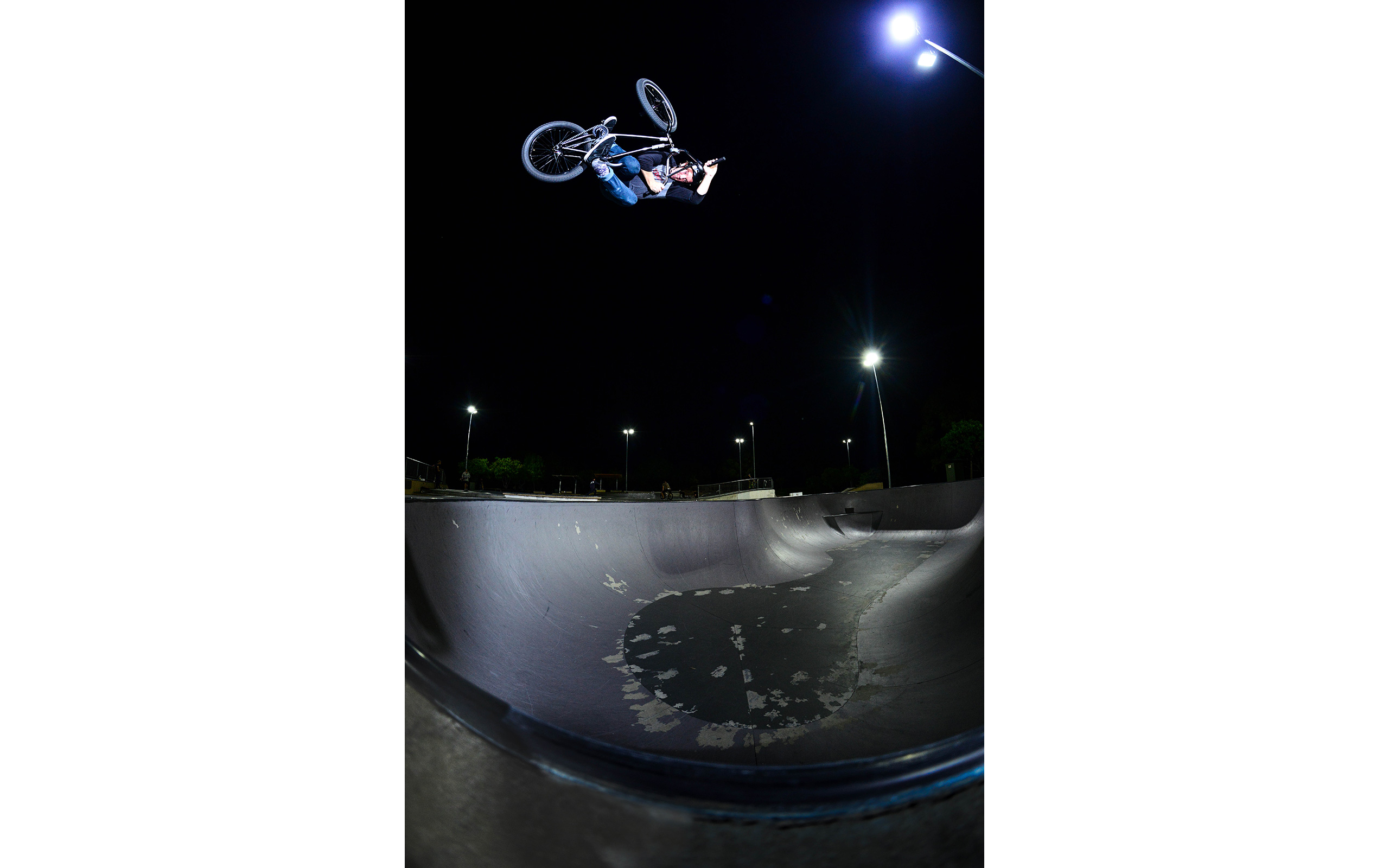 Roasted in the pocket at Pizzy just before the lights went out.

Tell us more about this DVD project you are working on with some of the crew you ride with:

Yeah well myself and my homie Lachlan thought we would give it ago after seeing Tim storey produce the Cleveland video ( another Brisbane based DVD ).  We have been filming for just over a year with our every day riding crew , it’s been fun yet challenging and a massive learning curve, we just wanted to show what our group of mates get up to. All going to plan it should be out at the end of the year !!!

How many chicken nuggets does he eat a week?

Haha way to many.

Meet up with the crew , hit up a few parks or spots  then finish with a session at The Village. 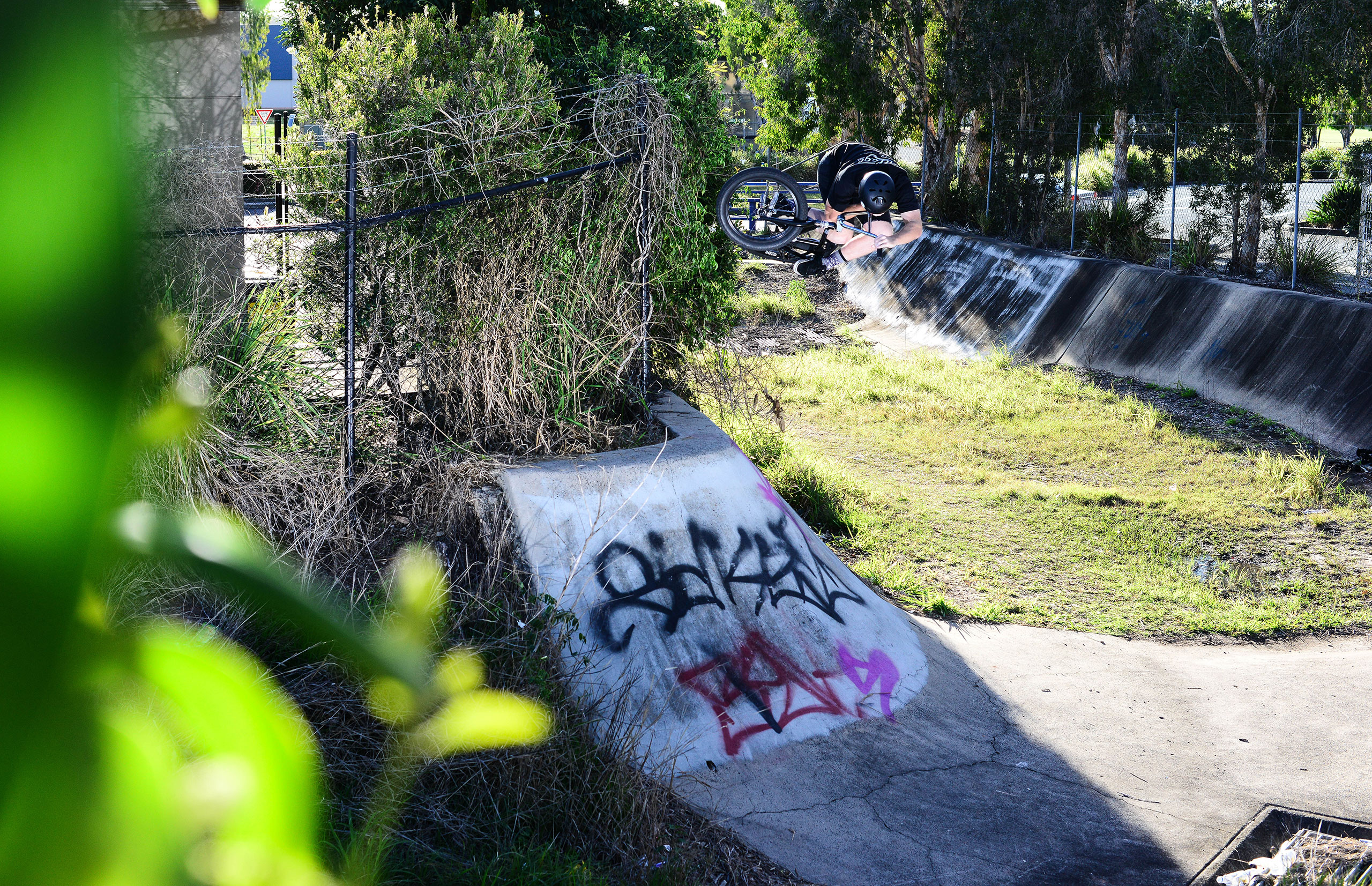 Outside of riding is there anything else you are into?.

Not a whole lot , just hanging with the family or go out with some mates.

If you could travel anywhere in the world to ride, where would it be and why?

Torn between the USA or Europe , America is the classic BMX destination and who would pass up places like Woodward or exploring California , but Europe has always looked cool to wouldn’t mind checking out the culture , I hope to experience both at some point .

Tell us about the time you got punch in the back of the head by a skate park dad.

Haha you had to ask , A few Colony dudes where up from Melbourne so we were riding one day and we got to the skate park and it was packed with kids but we thought stuff it we will try ride , I did a 180 over a hip and fakied straight in to a small kid , I got up and helped the kid up, as I was doing this his dad was rushing over and as I went to get my bike with out saying anything the dad punched me in the back of the head ! A bit of a cheap shot but he was pissed off I hit his kid I guess , lucky that was all that happened  , but definitely wasn’t needed haha. 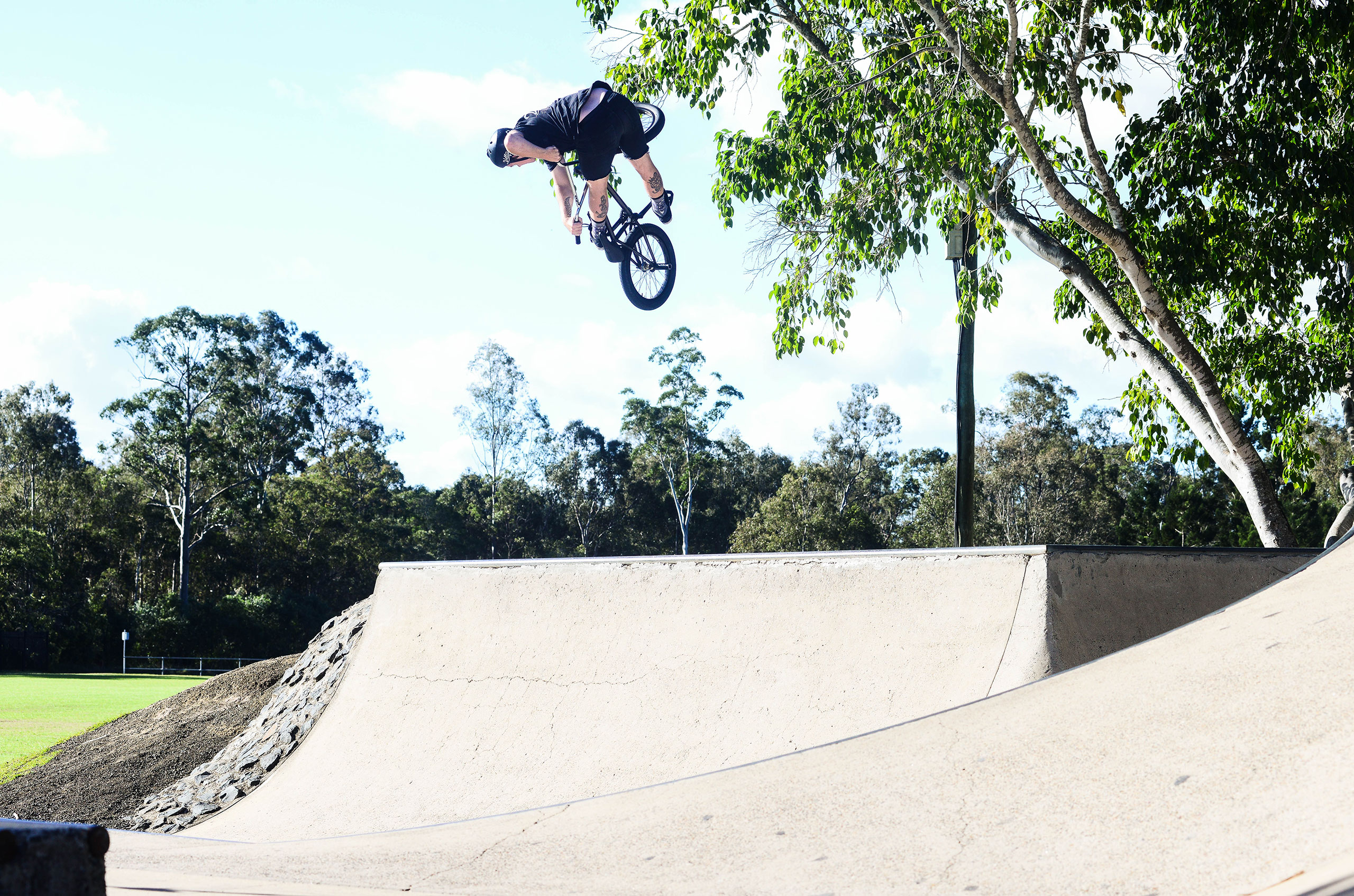 Jayden was all over this quarter at ? park. 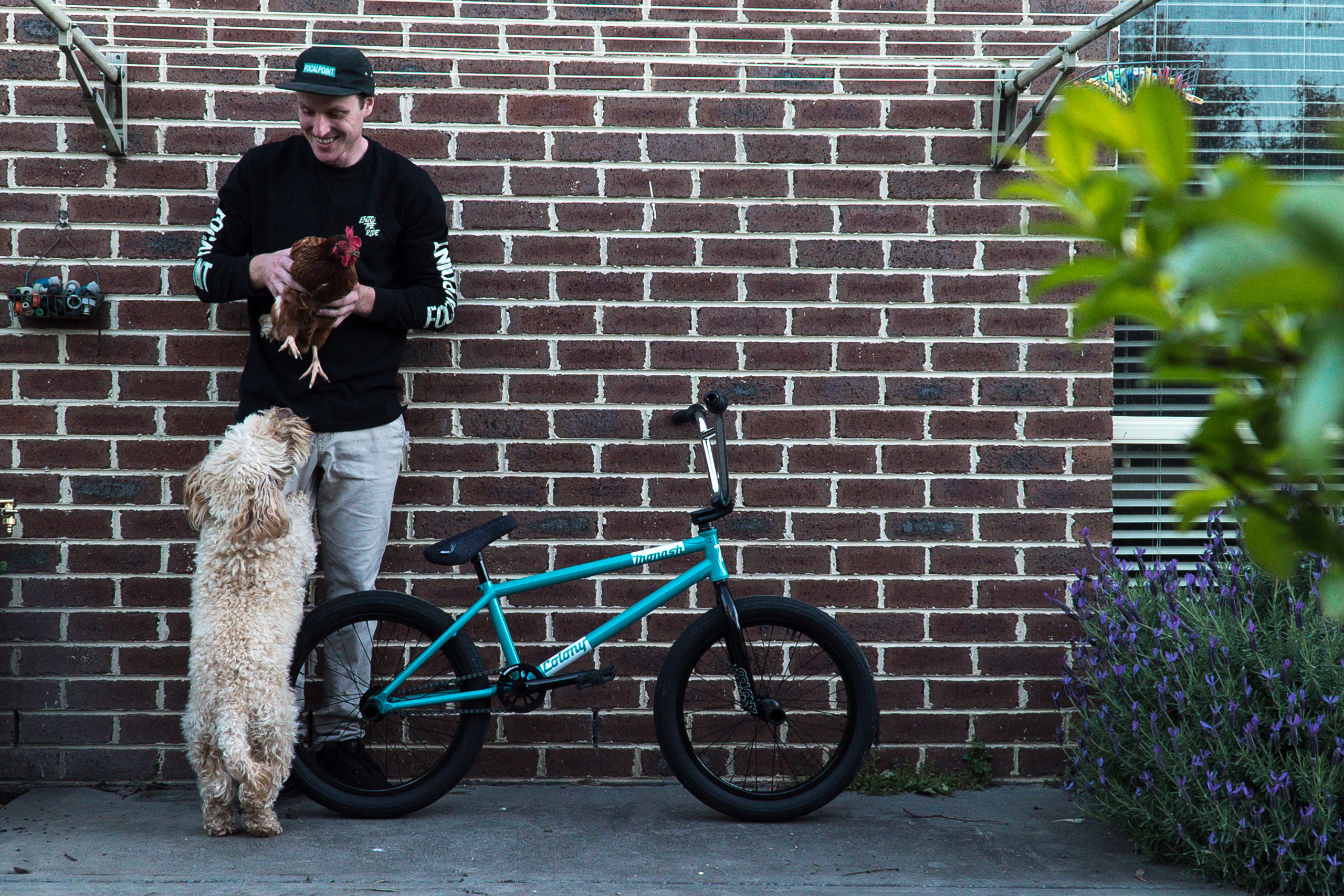 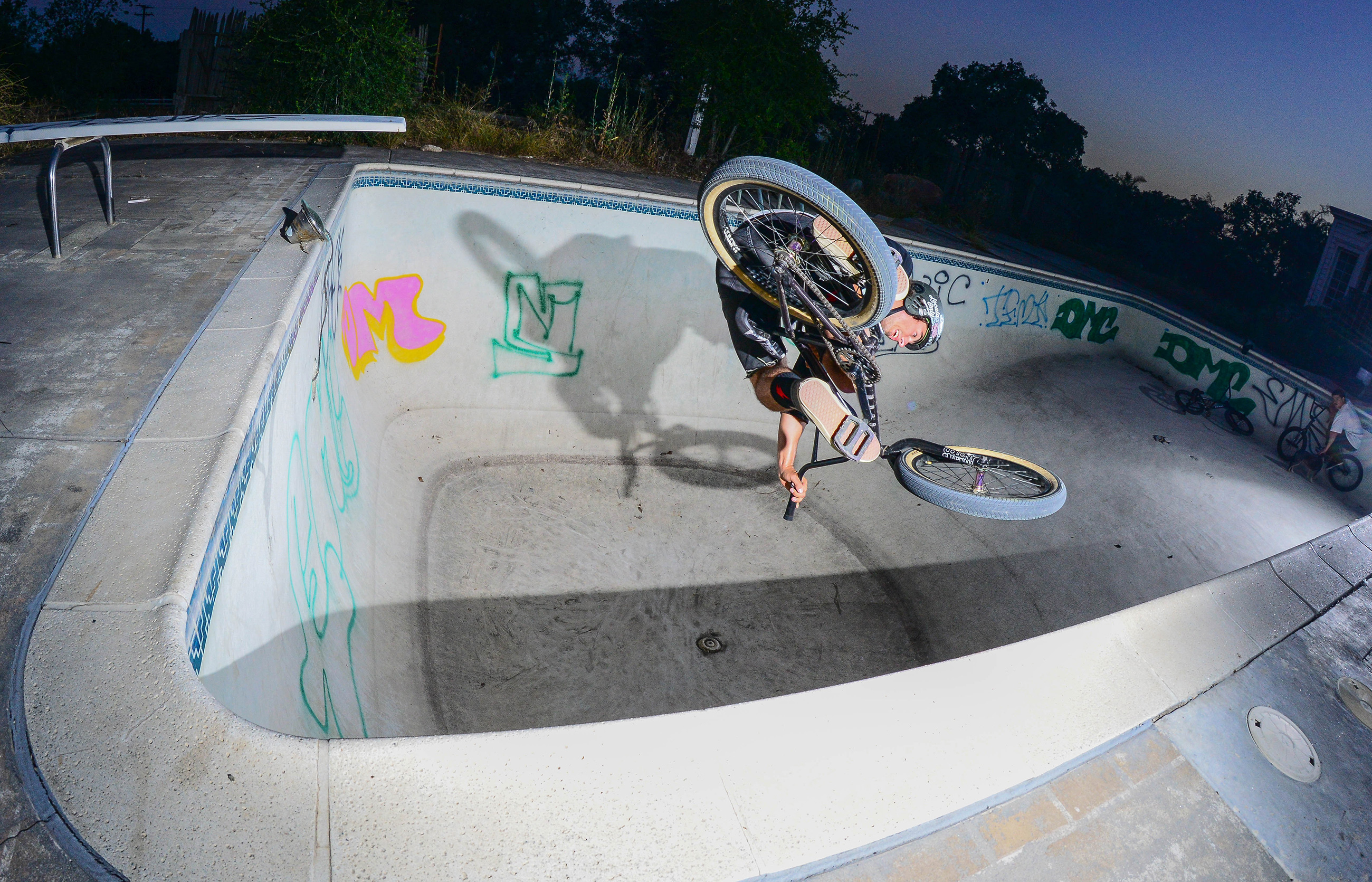