How long have you been riding?
35+ years of racing.

What got you interested in BMX?
Jumping my bikes off stuff.

Biggest influences in BMX:
Windsor BMX track. Coming to Brisbane and racing under lights as a 14 year old hooked me for life.

Where are you living at the moment? And where did you grow up?
Brisbane for the past 20 years. Grew up south of the Tweed in Murwillumbah.

What does a regular Saturday out on the bike usually consist of?
Hitting any one of the BMX tracks in and around Brisbane for a training or coaching session, followed by dropping into BOSC West End for a couple of red ales.

What are you doing for work these days?
LUXBMX – race manager, Ellaspede Custom Motorcycles – test pilot and BMX coaching

What are your interests outside of Riding?
Motorcycles and cruising around the country on them, classic BMWs, coffee, plus whatever the Js and 4ZZZ are pumping out.

Tell us something about your local scene:
South East Qld has the highest concentration of BMX race tracks in the world, including the national training track at Sleemans Sports Complex, so there’s a myriad of choices of where to ride/race at any time from the Gold Coast through to the Sunshine Coast. It keeps you stoked on BMX.

What motivates you to go out and ride all the time?
Being an old guy that is still racing, I’m pumped to be out there using a BMX bike to stay fit and healthy instead of what most grown ups do, ride road/MTBs. Challenging myself by still jumping most stuff out there on today’s tracks and racing the younger guys is a real blast. Plus the race frame project with Clint, the Colony GTi, has been incredible fun. From prototype to production, it’s been nothing but smiles racing a CrMo frame in a sea of alloy and carbon.

Favourite place you’ve travelled to and why?
I’ve been lucky enough to travel to some incredible places, but recently I went to the Carolinas and had a couple of nights out with a bunch of BMX mates from around the world in Charlotte NC. The people there are so laid back and any city you can ride from bar to bar at night on your BMX bike sans helmet and have the cops wave at you gets a massive thumbs up from me. In Oz, Uluru. Just beautiful.

Give us some bands/musicians you are into these days:
LCD Soundsystem, The National, DZ Deathrays, Crooked Colours, Dune Rats, Violent Soho

What has BMX taught you:
That you don’t have to grow up and work yourself to death just so you can spend 10 years driving a motorhome in retirement.

The usual thanks…
M&D, the Fam, the boys from LUXBMX, Clint for being a legend and build us old guys an Australian brand CrMo race frame and all my mates I’ve made over the years of riding BMX who I’ve bashed bars with and drunk beers with. 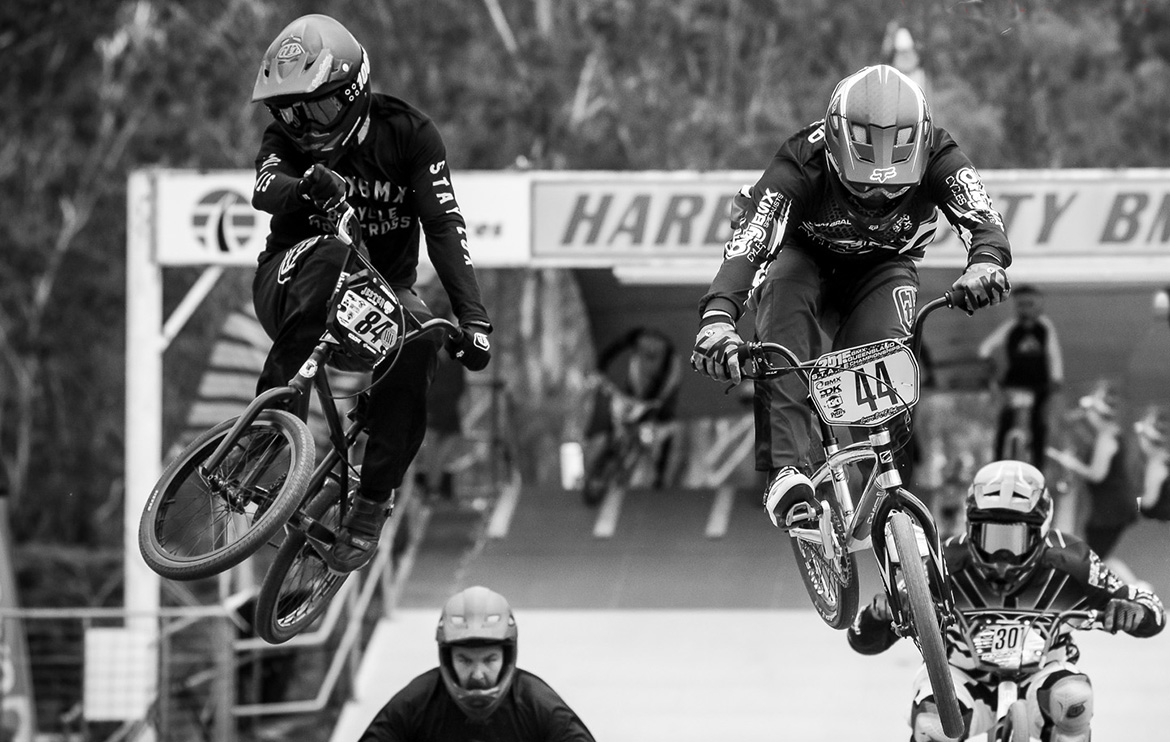 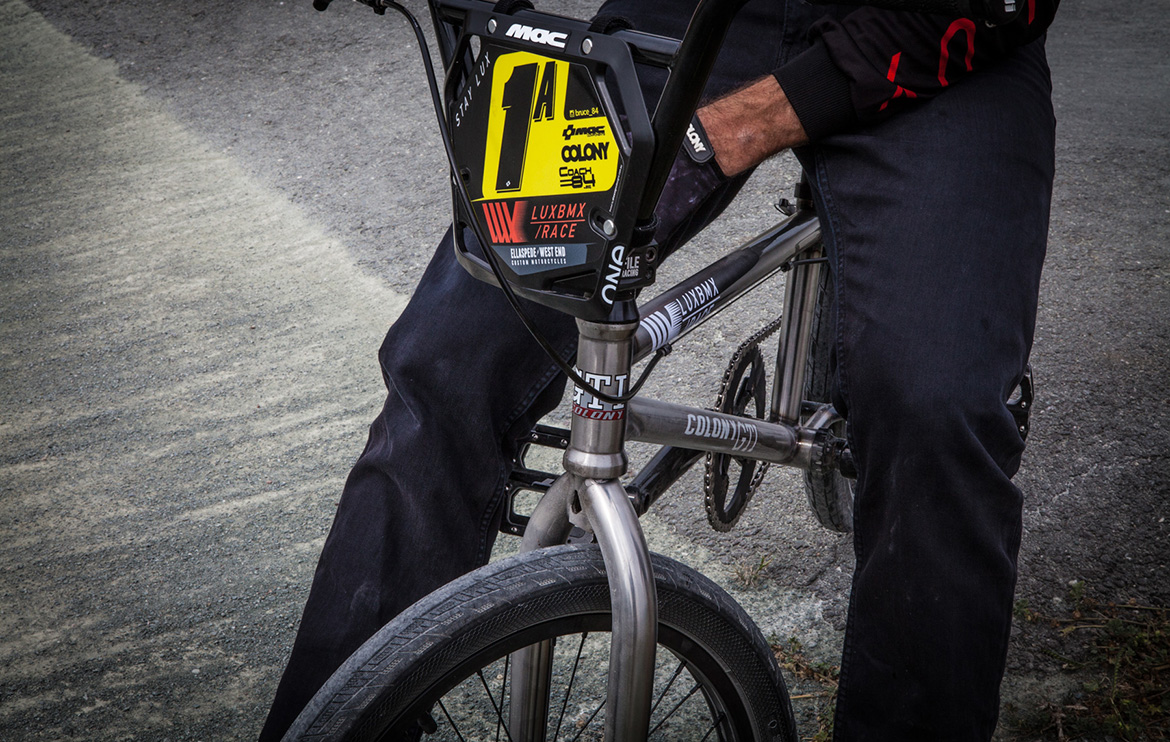 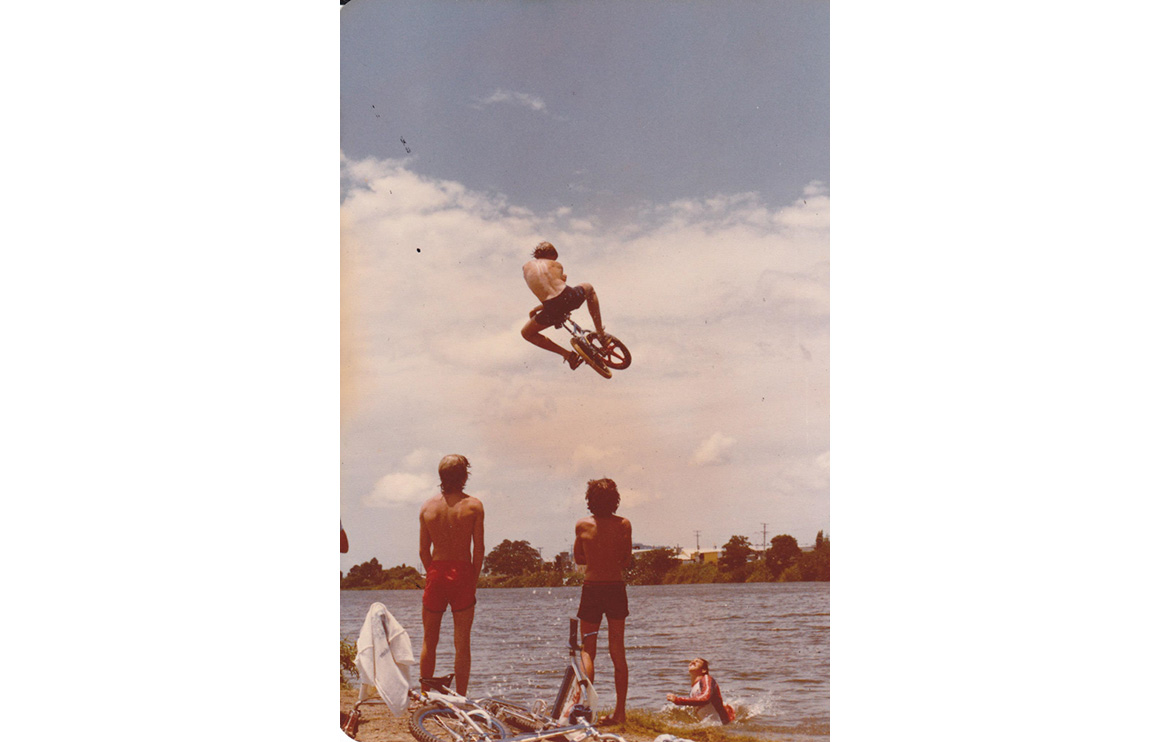