Andre recently moved to the UK and has wasted no time getting into the swing of things. Thanks to Pinderbmx for the great photos of Andre flowing through the Unite3sixty park in Birmingham… 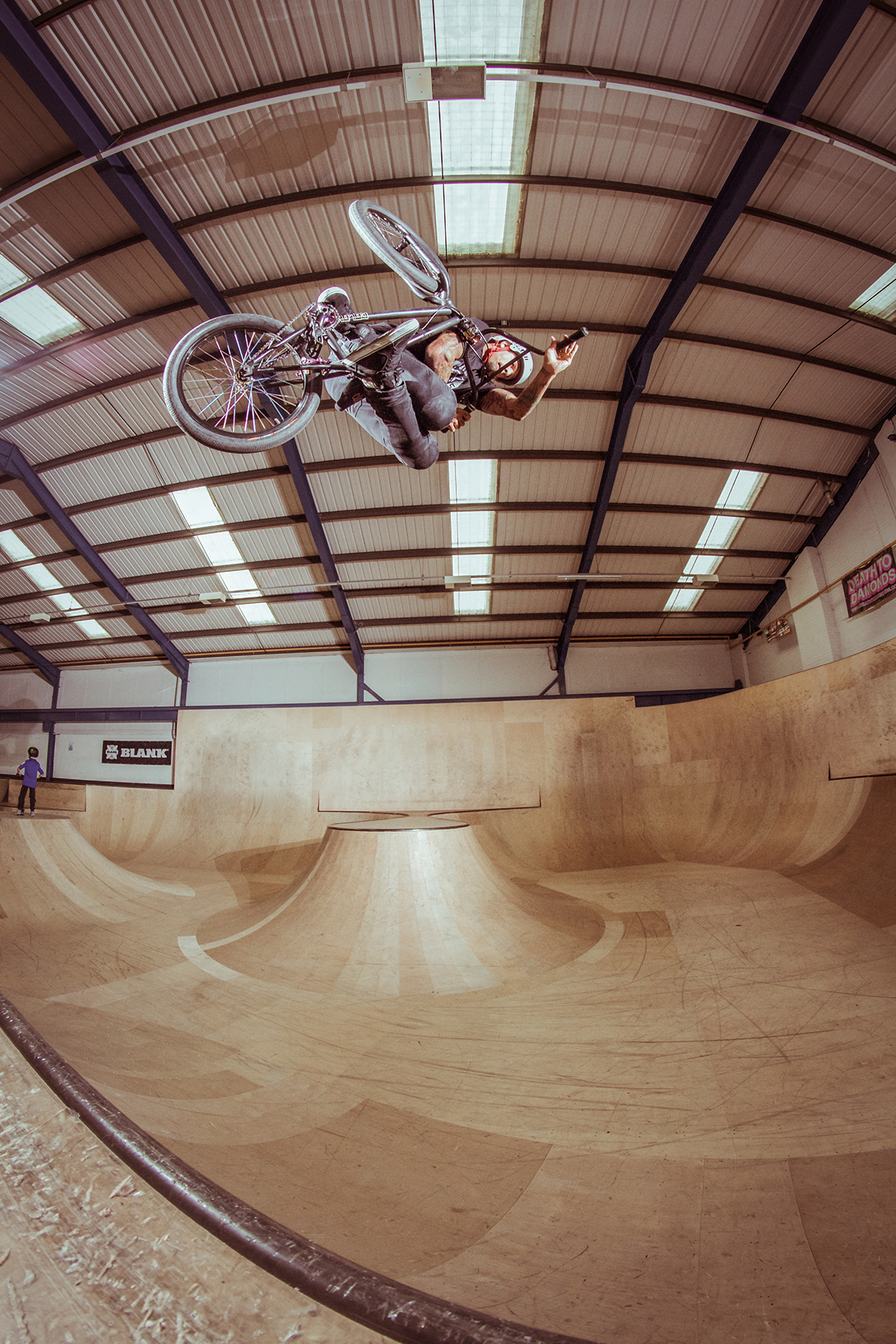 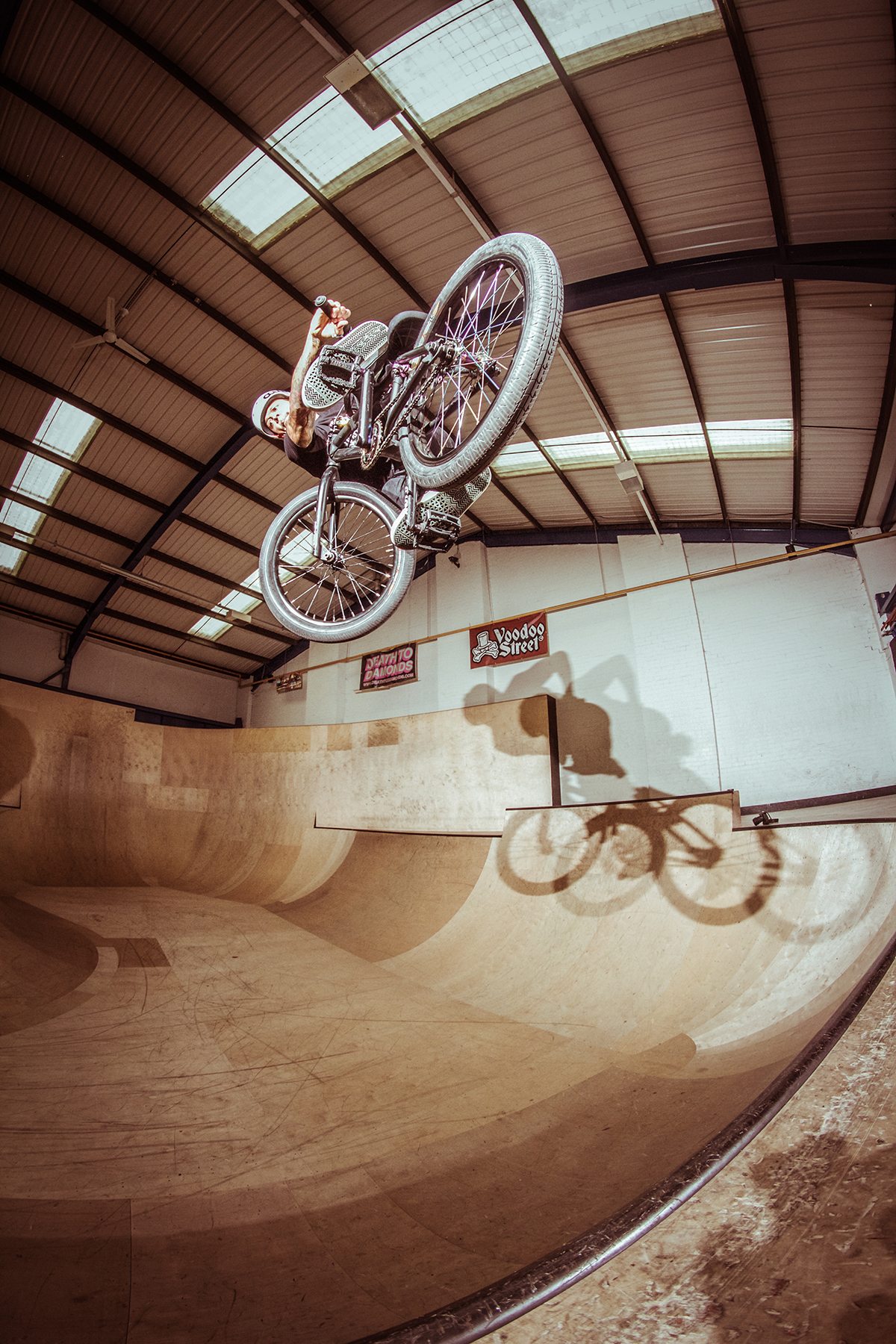 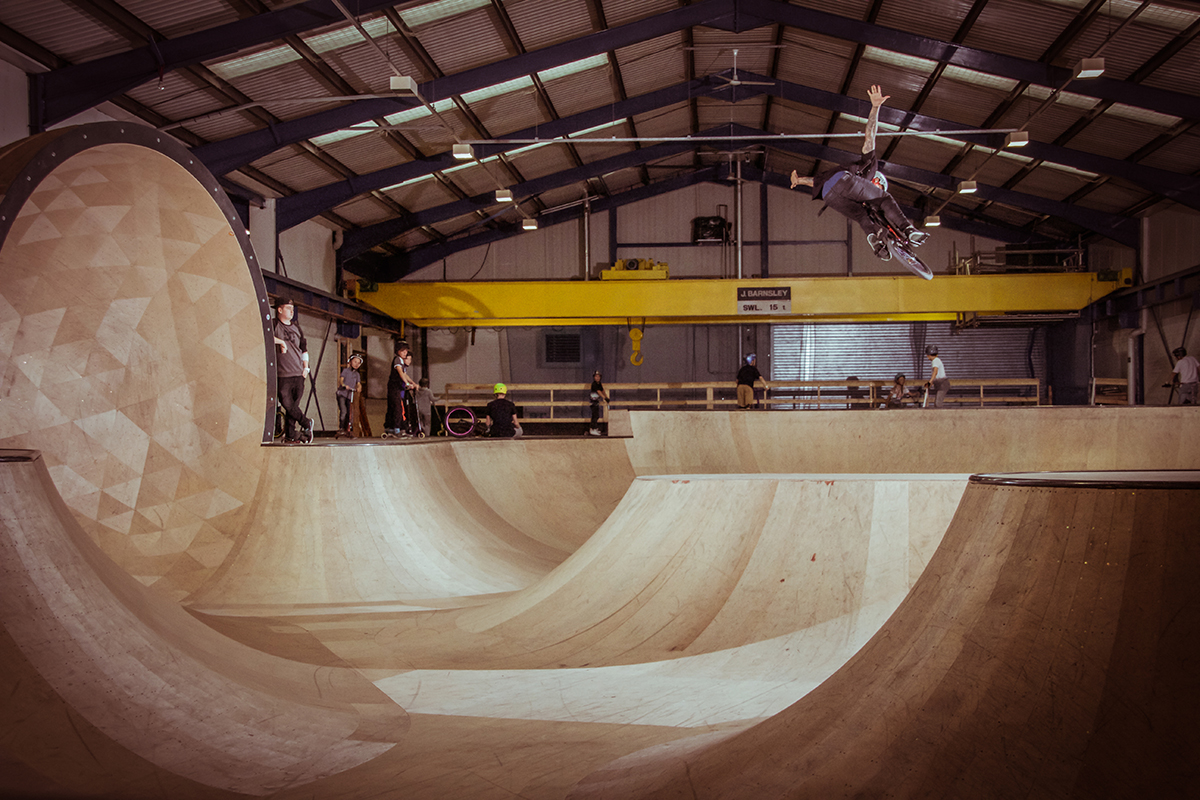 Long time supporters of Colony, the guys down at Yarra Valley Cycles in Lilydale, Victoria recently set-up an entire floor dedicated to BMX. The place is looking dialled with plenty of stock including everything we make. If you are in the Lilydale area make sure you check it out before you ride the bowl down the street. Check them on Instagram via this link. 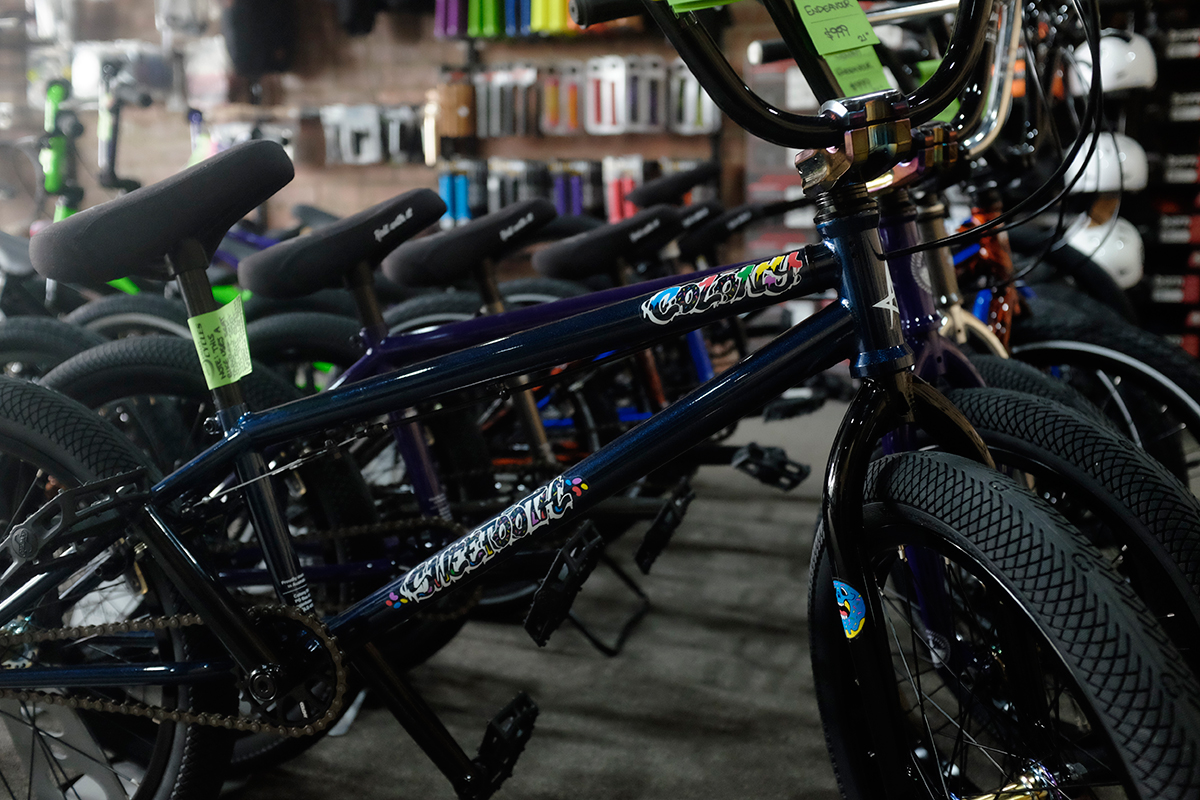 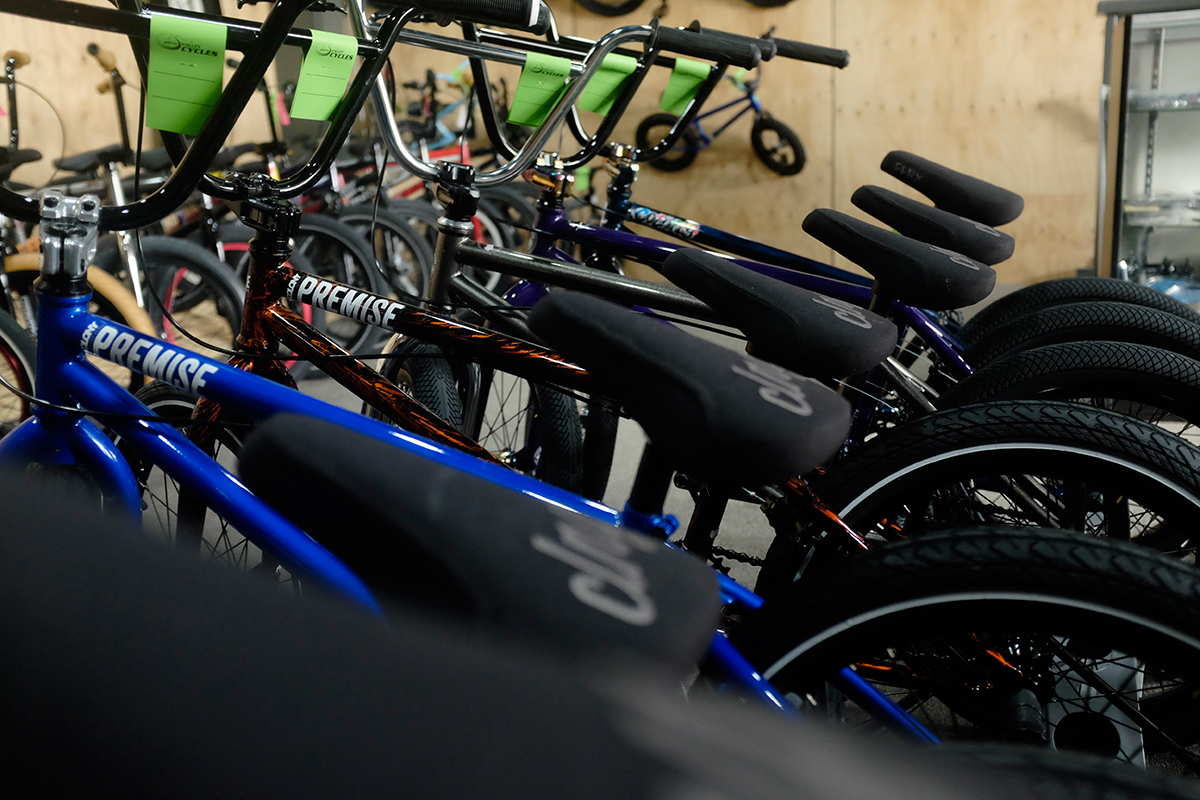 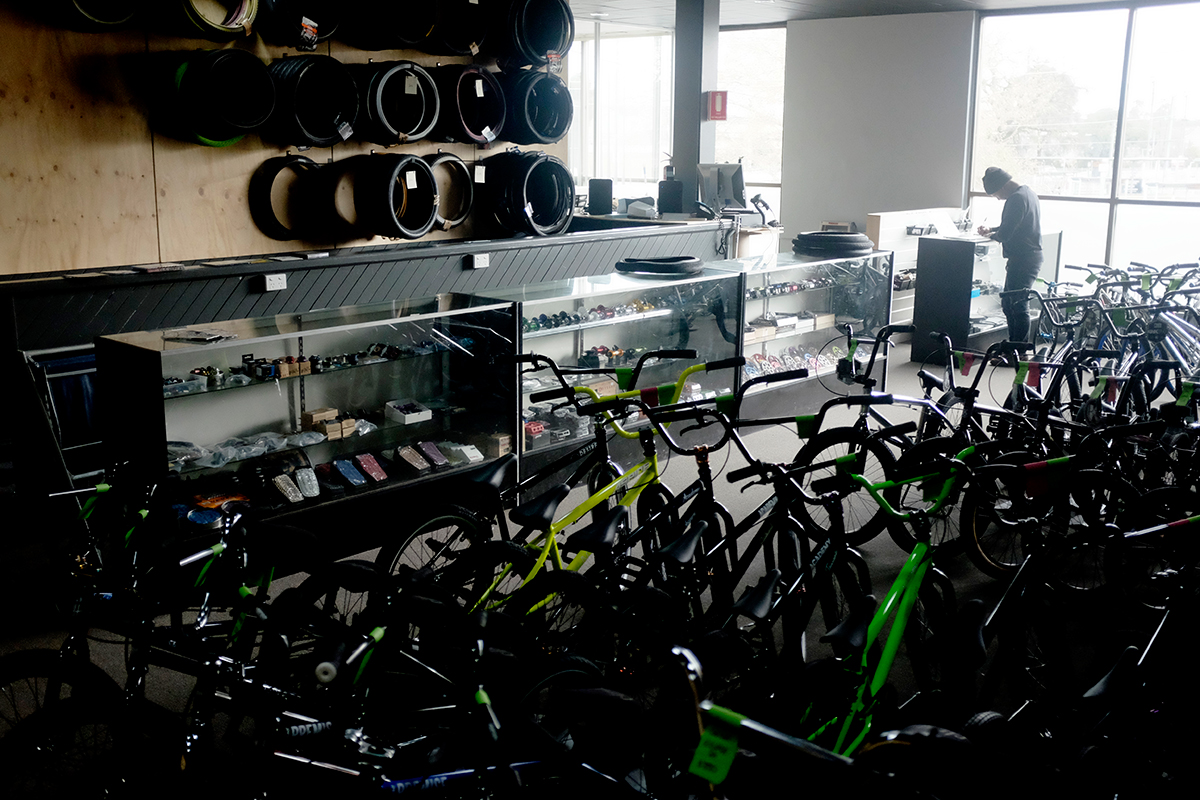 Both Jack and Dean have some pretty heavy clips in this video that Troy Charlesworth put together recently from Flem Banks jam that went down earlier this year.

A close up look at the all new 2016 Colony Inception 18″ complete bike which is available now via your favourite shop or mail order. You can find out even more about the bikes via this link.

Victor is fairly new to the team but he wasted no time putting in work filming for his first Colony part whilst on a trip in Vancouver along with some local clips in California. Thanks to Bracamonte for helping finish the filming on this one…

The France based BMX website Data BMX posted up an interview/bike check with Alex Hiam today. It’s all in French but even if you can’t read it you can peep the nice shots of his rig. Check it out here. 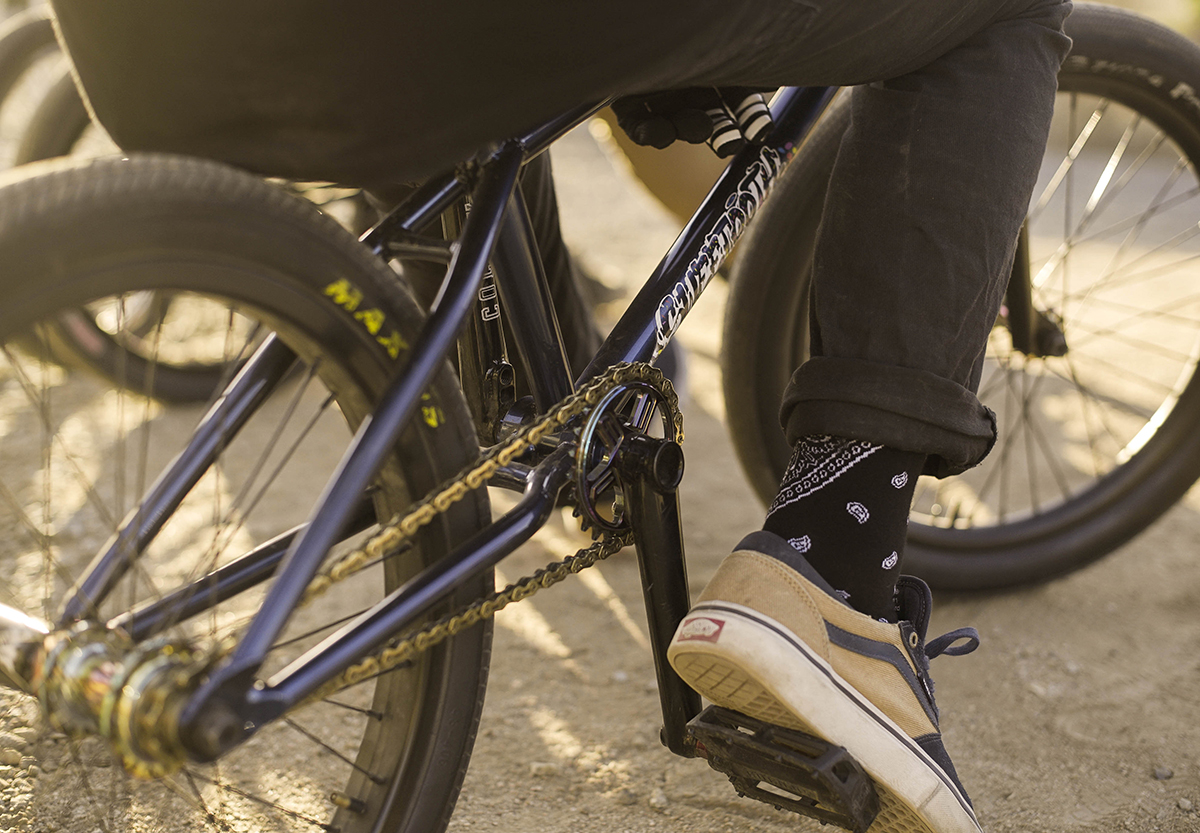 Myself, Polly and Glen headed up to Snakewoods for the day to check out day 3 of the Last Call jam. Things were winding down but it was great to see the locals and have a roll. Much respect to the locals for all their hard work. 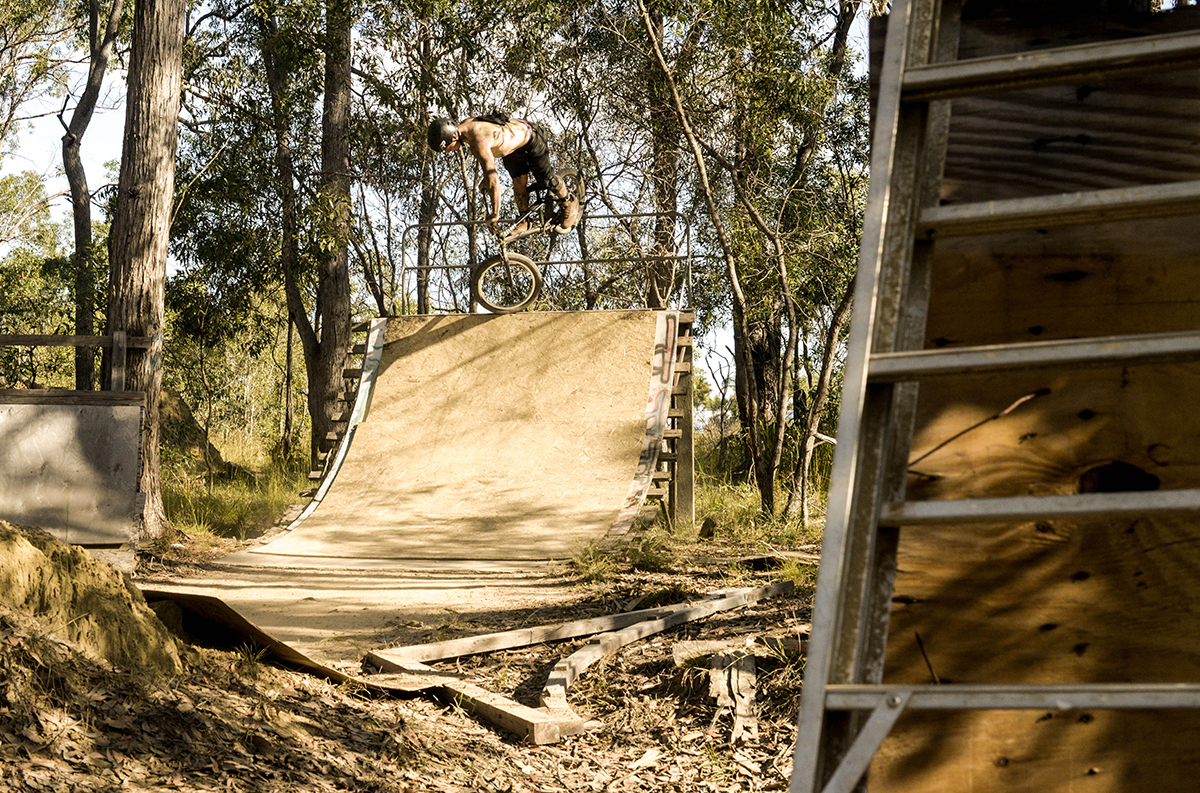 Jack Kelly advert in the new RIDE mag, promoting the 22’s cranks which now also come in 170mm length. Photo was shot by Daniel Johnson and the clip is from his recent Colony video… 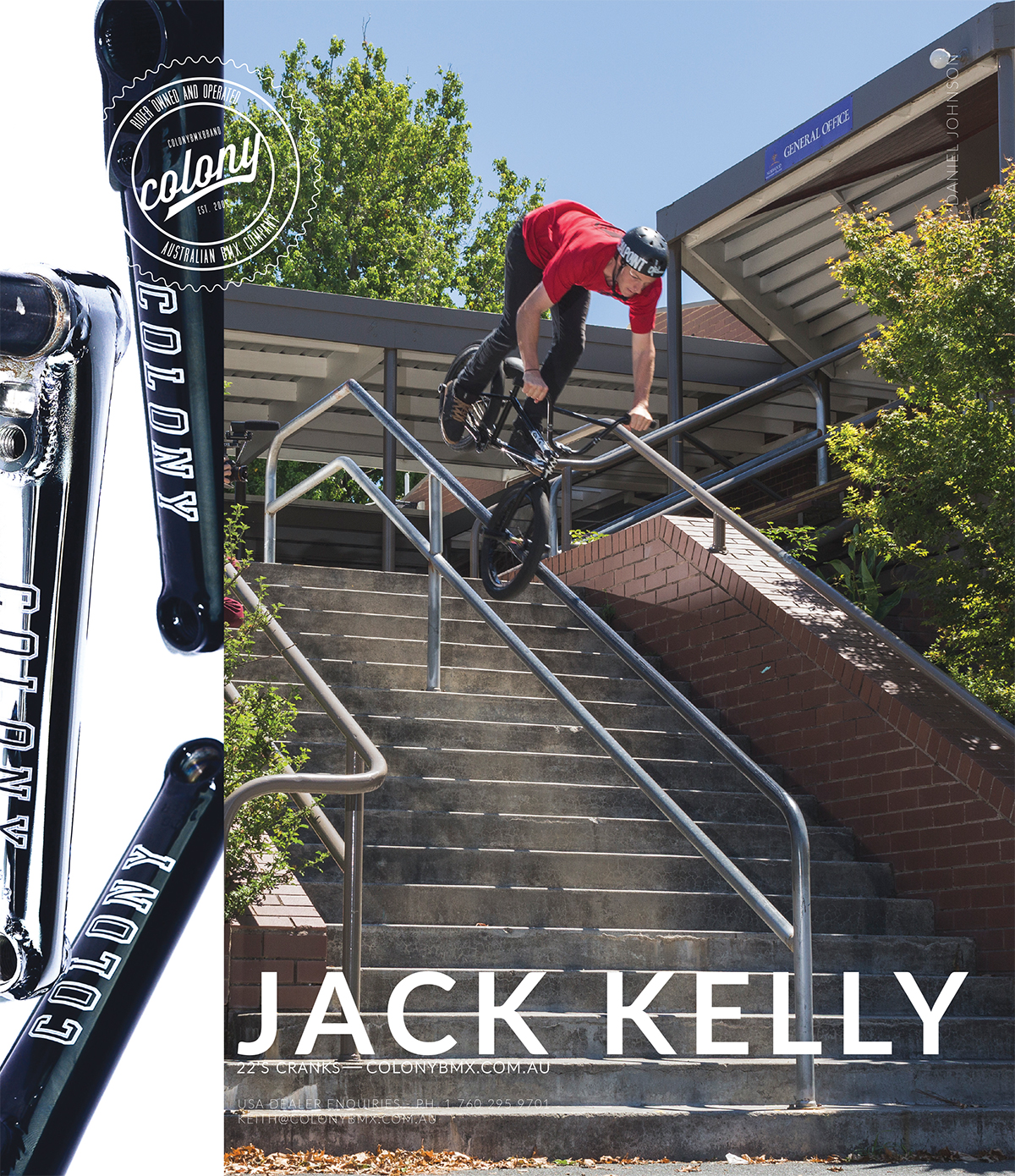 Hey guys I’ve been cruising a lot lately enjoying my new bike that I’ll have a bike check of soon! Last Saturday there was another awesome Stacked shop ride that I helped organize. We had a great turnout with a lot of good locals! Check out all the details of the 2016 Premise which is now available. For more information check here.

Jack, Ricky and Marnold all have some great clips in this mixtape from the Adelaide EC crew. Can’t believe Ricky did a hang 10 to barspin…

Been a busy month! I’ve been making some trips down to San Diego to ride some different stuff. Trying to mix it up a bit. Filming with Matt Cordova, Evan Lane and Trevor Sigloch.

My Vital BMX / Dans Comp video came out earlier this week which was a fun project to work on, stoked to see it come out.

Also finishing up my Colony X Locals Only seat promo edit too. Cooper has been busy editing and finishing that up. So lots of fun things in the works and just trying to stay busy! 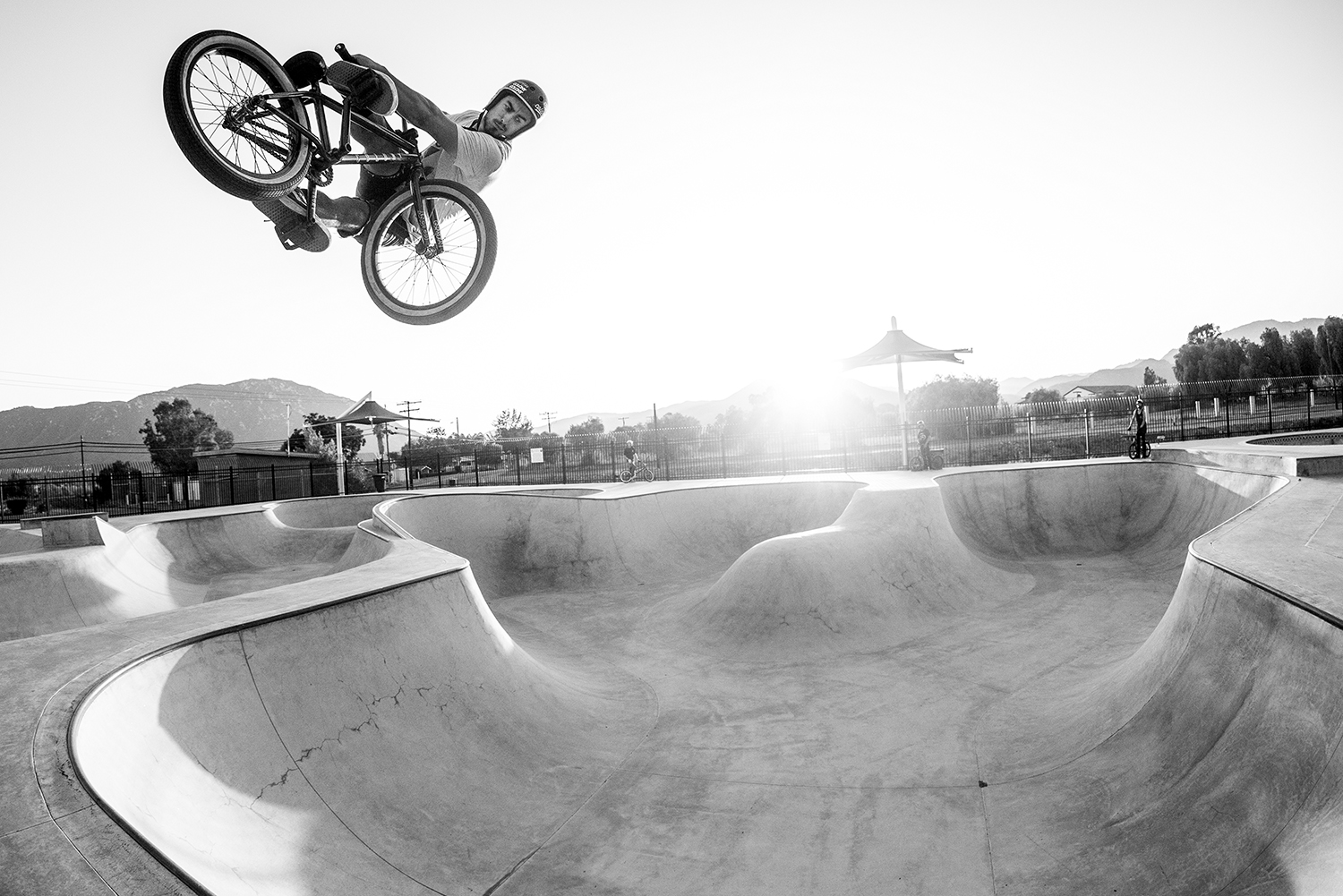 The creative minds of both Tom Stretton and Bobbie Altiser are back with another split video. Tom recently broke his leg so we mixed in his most recent footage with some Bobbie Altiser wizard moves from his Australian trip earlier this year and the outcome is something special.

We all worked super hard on all these bikes and it’s awesome to now see them now out in the shops. Check the catalogue for all the info on the bikes…

Hey everyone,
I hope you all are doing good and life is treating you well! It’s been a little while since my last check in and I thought I’d stop by real quick and say hello. I am still residing in Portland, Oregon and not too many things have changed. I stopped working for the Outer Rim bike shop because my other job became too busy to keep both. I am still going in to help here and there but I am not involved as much anymore. The shop became another focal point for BMX and Colony in Portland and I am happy for them.

Since my shift changed from 6am-2:30pm I found a lot more time to ride and work off my ‘to do’ list. I am loving the frontbrakebrethren and keep watching my BMX videos from ages ago. I will be going to the Baco Jam in Wisconsin in October together with Bobbie Altiser and this is something I’ve always wanted to do. I am also hoping to finally meet Dave Freimuth to at least say thanks after all these years for getting me into technical riding. I remember seing Axel Reichertz doing a nosepick on out self build quarterpipe and being blown away. A little bit after Axel showed me Baco 5 and that was my moment of truth and I knew that this was the type of riding I wanted to pursue after seing Dave Freimuth doing the most ridicolous tech tricks.

I am also going to build up my new prody frame which is at a powder coating place as we speak. I feel honored and can’t wait! Other than working and riding I spend time with my lovely wife and our three cats. We will be moving soon a little bit away from the city which I am very happy about because it’s just too much noise and I’d like to breathe a bit more actual air than exhaust gases. Last but not least I am working on a new edit. That’s it for now! Thank you for reading, stay healthy, have fun riding your bike and enjoy yourselves. Much love to you all! Cheers, -Paddy Vital and Dans Comp teamed up to produce this brand new Nathan Sykes video of him blasting at anything put in front of him. The result was great…

If you follow Alex on Instagram you would know he is travelling around the USA right now with Boyd. Well he spent some time at Woodward West and as you would expect he shredded! Good to see him using every part of the place….

Nathan Sykes and the Tradition frame

Sykes came through with a cool interview about our new Tradition frame over on the Vital BMX website, you can read it all here and enjoy some easy on the eye riding shots of Nathan while you are at it. Barba just set up a fresh new bike, we will have a full bike check soon but for now, check out how good the new Monash frame looks all built up… 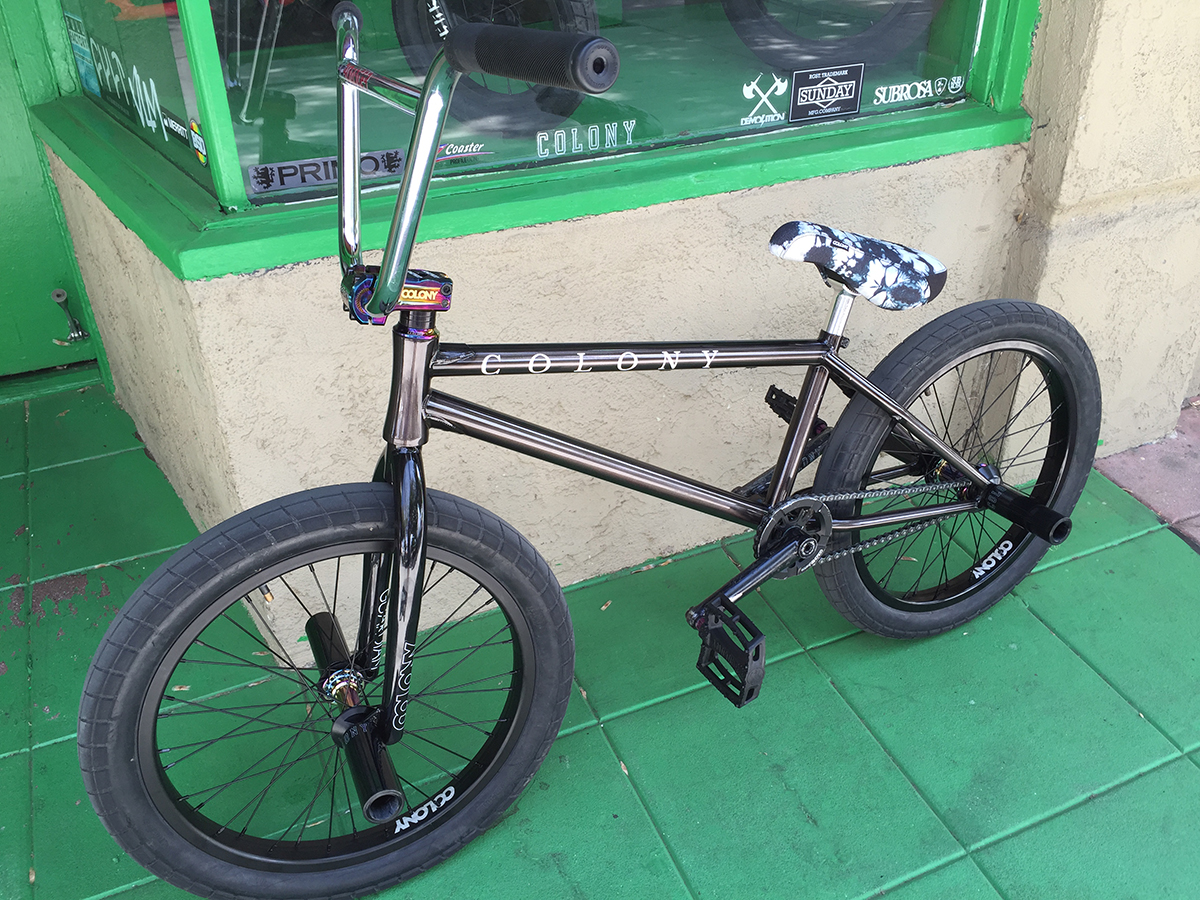 It’s been hard to give anyone news because to be quite honest, there hasn’t been any. So I’m going through physio weekly and have to keep doing that. I have an MRI scheduled for 3 months from now because believe it or not there is still too much edema in my knee. It’s a long process but I’m getting stronger by the day and am not letting it get me down too much.

Now to the good news. That news is that everyone’s favourite human (and my own personal hero) Bobbie Altiser has a split video coming out with myself next week. It’s not the same as our first one but the things he does on a bike are just absurd. I’m pretty sure I haven’t seen at least 5 of the tricks he does in it. So get excited for that.

The footage of myself was just stuff that I was able to film with the man Cooper while we had the chance for a month at the start of last summer. Still fun stuff though. Other than that I’m just keeping busy guys. Exercising my leg mainly. I’ll be back in no time. Just wanted to say thanks to Colony for having my back this whole time I’ve been injured. Really lifts my spirits and makes me want to get back faster.

Anyway, until next time, Peace!