Zac just shot through an update from the recent long weekend…

So the long weekend just flew by, but I did manage to get out of Canberra. I went down to Albury for Tenna’s (Matt spencer) birthday, was such a good night, got pretty reckless till all hours of the morning. It’s always good to catch up with the Albury crew! Next day I set off to see some good friends down in Kyabram then went up to Deniliquin to catch up the folks.. Managed to get a bit of a ride in at the old local. It was an awesome weekend, good to catch up with a heap of people I never really get to see! Won’t be really traveling solo for a bit, as I’m losing my license yet again. But this coming week I’m heading up to Brissy for a week long trip. Can’t wait… 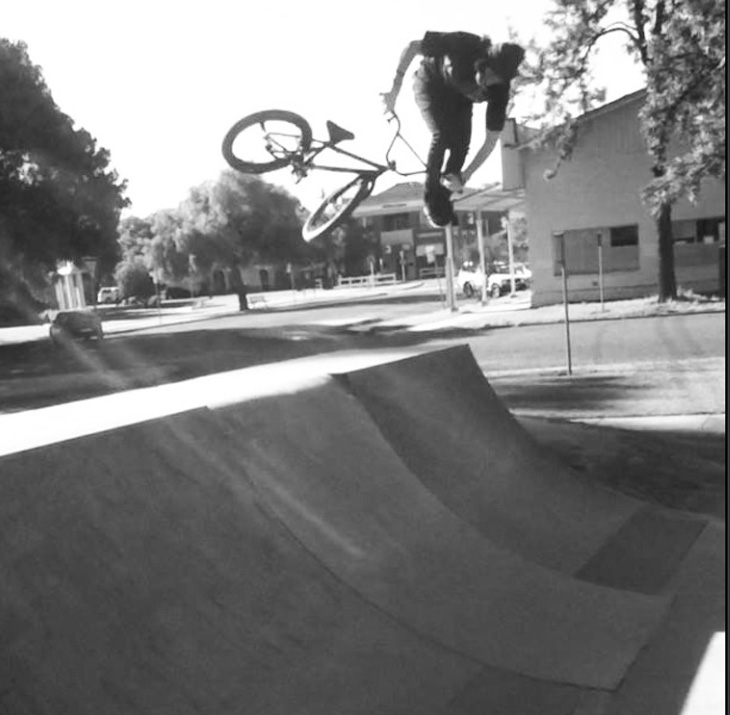 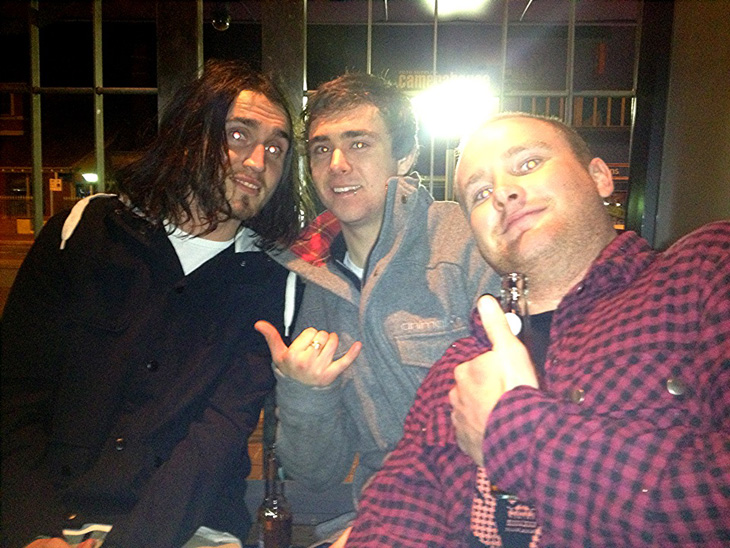 Our boy from Poland Michal Mycek features in this roadtrip video from the Ave Bmx guys. Enjoyable watch.

Jourdan Barba scored the Bike of the Day over on Vital BMX. Click here to check out his good looking steed now. 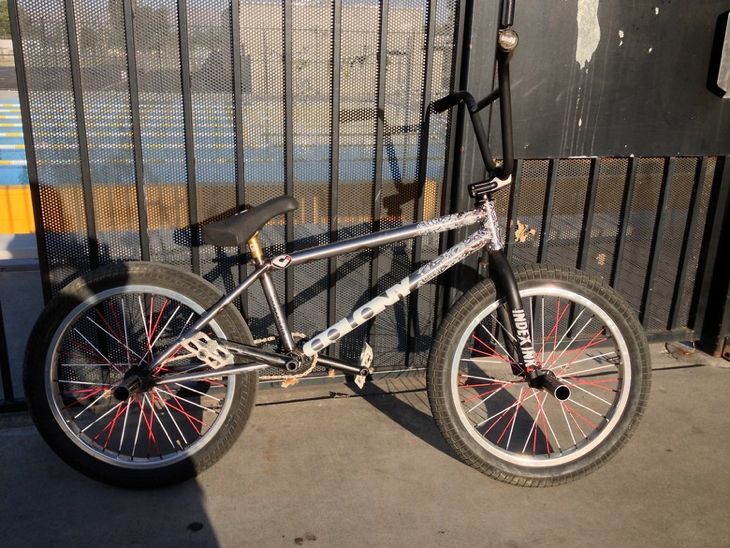 Cooper, Marnold and Jack drove 2 hours to ride this spot yesterday and from what I am told they made the most of it! Rhys Yeomans sent us through this cool shot he took. 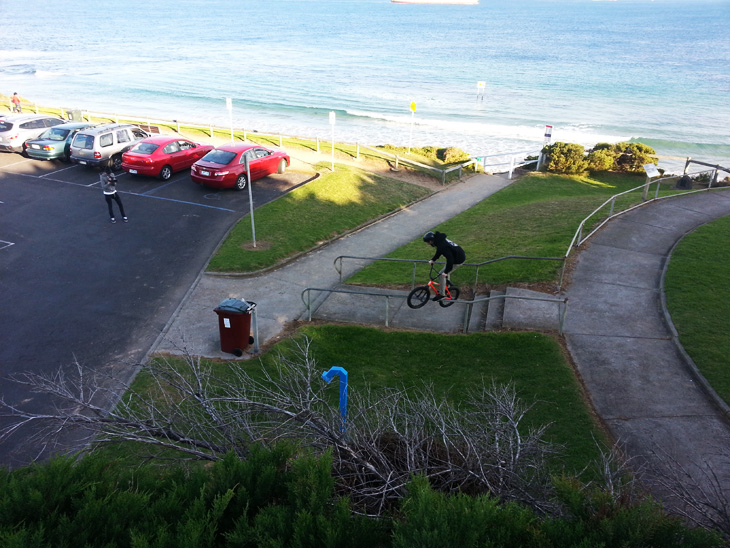 Alex over in the states

I spotted this photo of Alex over on his Facebook page, looks like he is getting out in the sun over in the states. 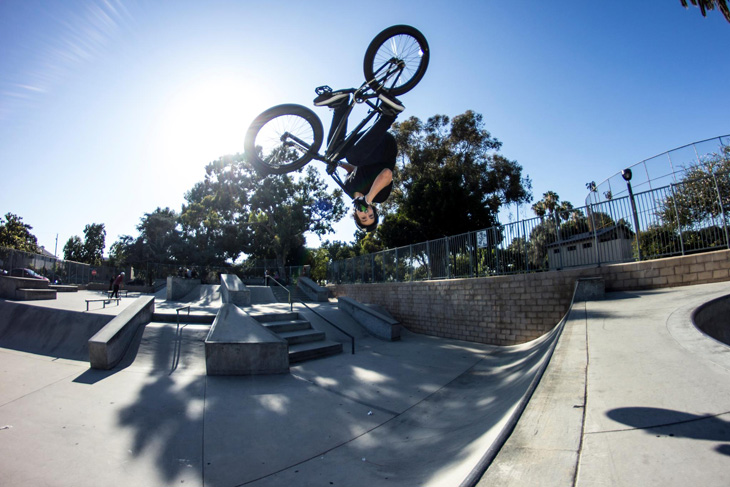 This was shot last year on our trip to the UK in Hastings. We didn’t get much time to ride this park but Ryan made the most of it. 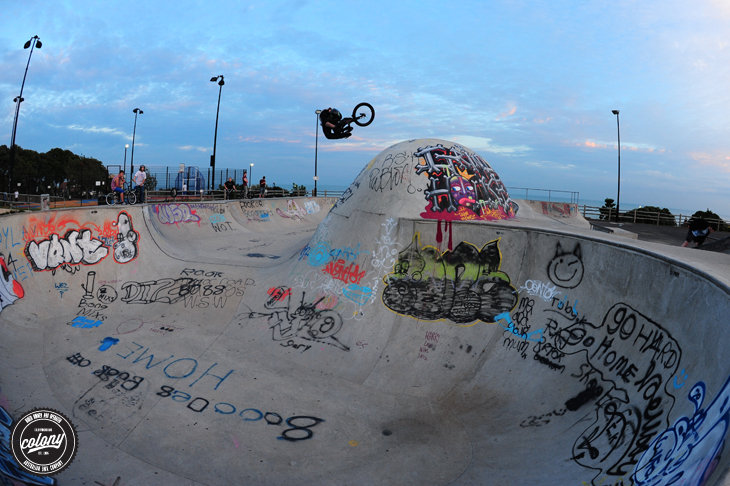 As the long weekend kicks in for most of us in Australia, here are a few of my personal favourite web videos that we’ve dropped lately which hopefully helpes you get motivated to go out and ride, enjoy time with friends and maybe film a clip or two…

Almost a year to the day we spent 5 days filming at Woodward West and although I basically didn’t get to ride at all it was a really amazing week filming with the guys on the trip and hanging out with the guys I don’t get to see that often like Ryan, Paddy, Jourdan and Brandon it really added to an already awesome vibe we had going on.

As soon as Jack made the move to ride for Colony we went in on the filming missions travelling to Adelaide twice, all around melbourne and a trip or two to Canberra and 6 months later this came out. The kid crashes more then anyone I know but makes sure he gets it’s done in the end.

Alex Hiam went in hard on this from a few trips to Melbourne along with filming in his home town of Brisbane. The progression throughout the filming process was amazing and I enjoyed every minute of being out filming with Alex

Alex Hiam in the states…

Alex Hiam is over in the states for 3 months hanging & riding with Ryan Guettler. Expect to see Alex & Ryan all over different spots in the states over the months ahead. First up is a visit to Woodward West as part of the Shootout Video Contest again this year. They will be there for the guys over at Vans. Speaking of Vans, Alex & Ryan just went shopping courtesy of Jerry Badders, yew !! More updates here from the guys so keep your eyes peeled. 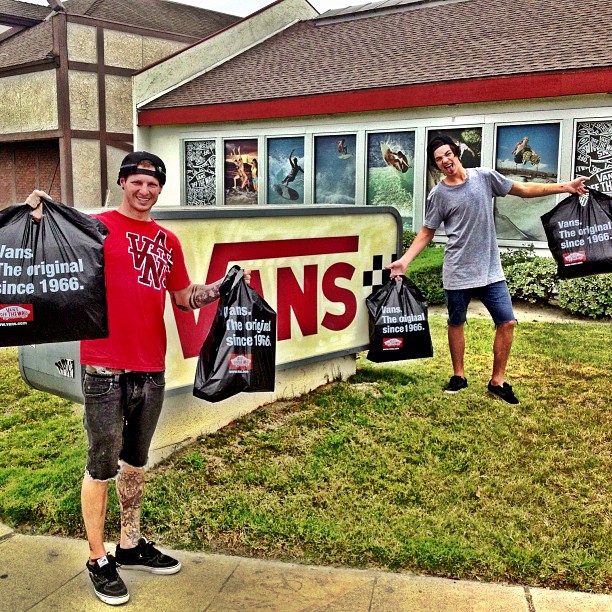 The guys at Alli Sports just did a video bike check with Ryan where he runs you through everything he has on his current setup along with some smooth bowl riding.

Note: Our Transformer Levers are not being discontinued contrary to Ryan’s comments in his bike check… whoops 🙂

All the way from Japan, Shuhei has some real good nose manual skills and puts them to use in this video filmed and edited by Takahiro Yamashita. Stoked to see Colony being repped over there so well by Shuhei.

Wanna ask our USA Pro rider Jourdan Barba a question? Well head on over to the Vital BMX site for your chance now to ask away. Chris sent through some photos of his dialed setup including the new prototype hubs. 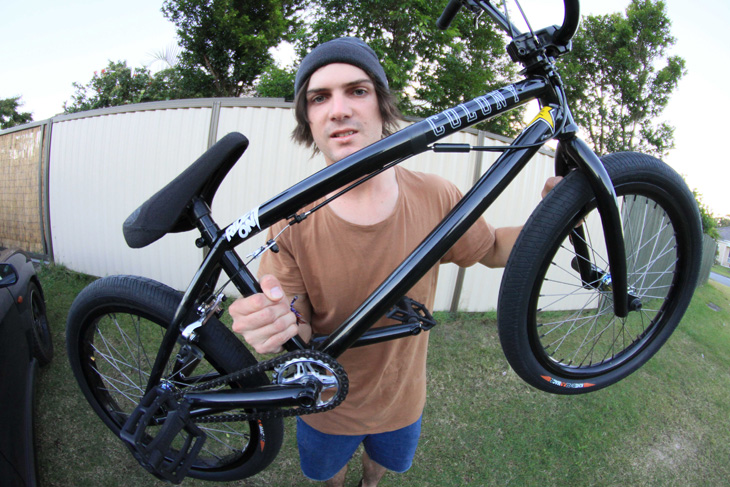 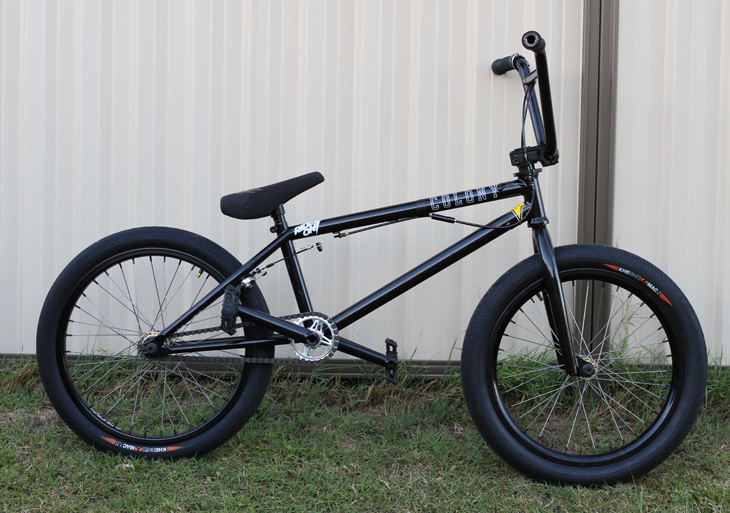 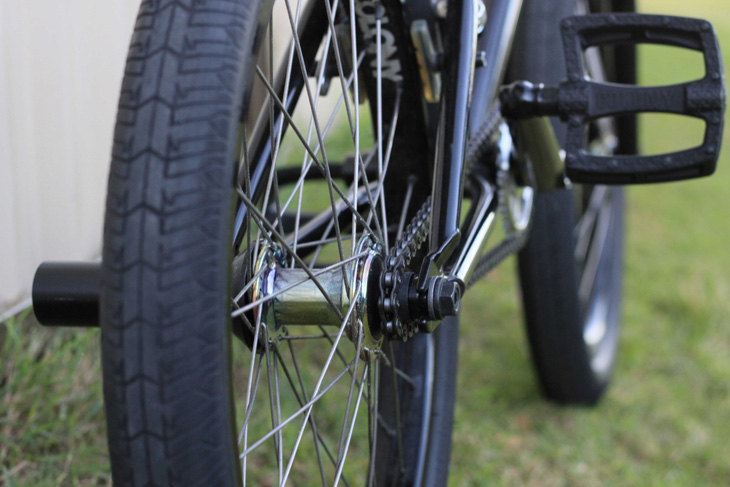 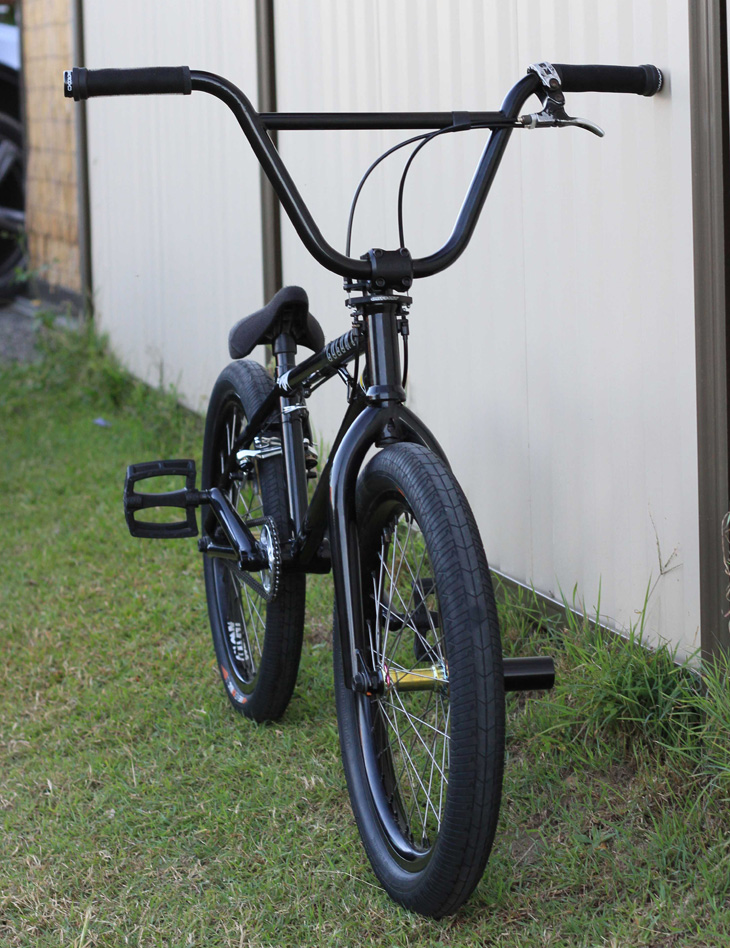 I totally forgot about this photo of Jourdan that was shot when we spent some time in LA last year. Jourdan is coming to Australia in a few weeks which I am really excited about! 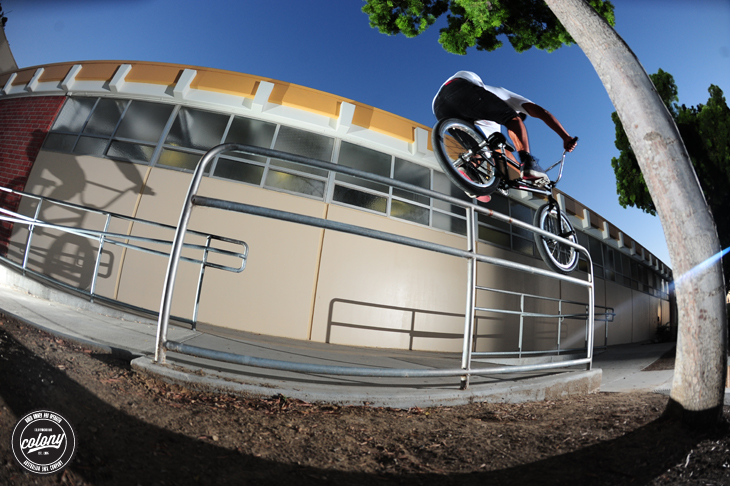 We got behind the ACT Jam that the good guys at Backbone BMX put on earlier this year. They just dropped the video & it really shows what a good time the jam was. Check it out & mark down March next year in your calendar for the next one. Look out for a clip or two from Zac Miner as well.

In Vancouver, Canada – 3 Ride BMX are strong supporters of us here at Colony & for that we thank them. They carry our full range of 2013 complete bikes & parts so you know they know what’s up in BMX. Check them out in store or online. Below are just a few of our bikes they have in stock now & check out the poster of our boy, Brandon Van Dulken behind the bikes. Big shout out to Kill Em All Distribution for looking after 3 Ride & all our dealers in Canada. Buy locally peeps !! 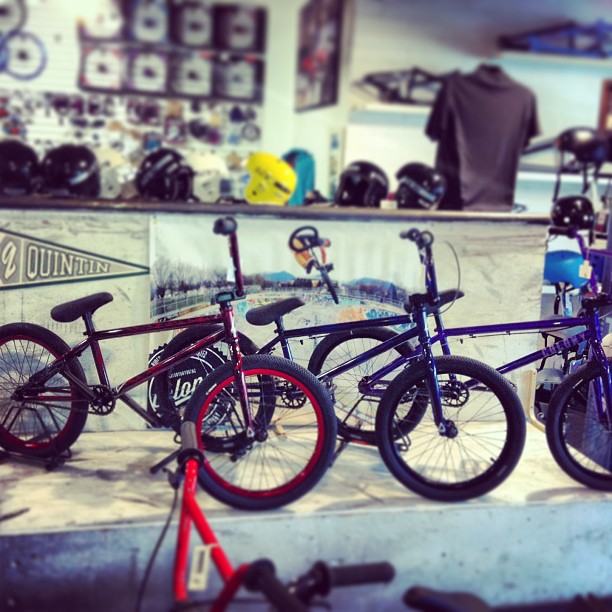 Get down to Yarra Junction in Melbourne this Saturday for the final of the SEL comp series! 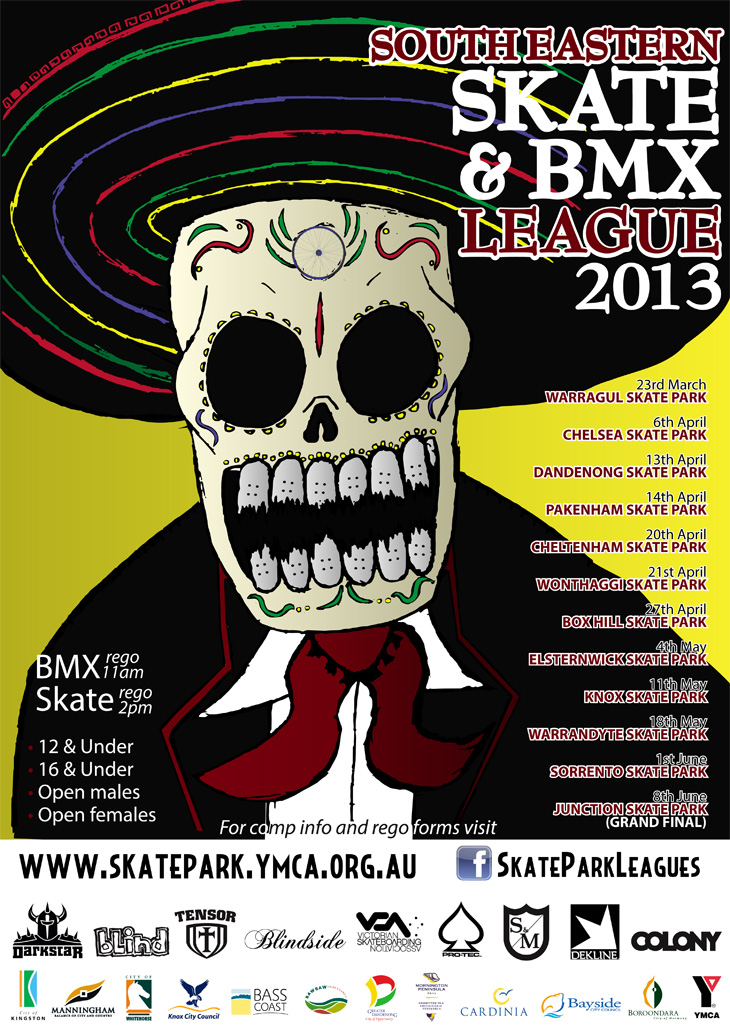 Shane Badman shot through an update…

Busy time for me lately as I’ve been trying to ride as much as possible as I’ll be heading to Europe for the summer over there and living in Budapest, Hungary. I’ve spent a lot of time there over the years so I’m stoked to be able to go there and just spend all day, everyday riding! Got a bunch of trips planned across Europe and keen to hit up a few events as well. After having all that time off over the past couple years with my injury I am STOKED to be back on it and motivated to ride. Fun times ahead!

I also had a chance to hang out with Simon O’Brien the other day when he had a weekend away from his hardcore Navy training that he’s doing at the moment. Was good to spend time hanging out and riding. Also got a mini-interview done with him which is up on the BMX Flatland Australia site that you can check out here. We’ve got a few more things planned in the coming weeks if he gets the chance to get another weekend away so stay tuned…. 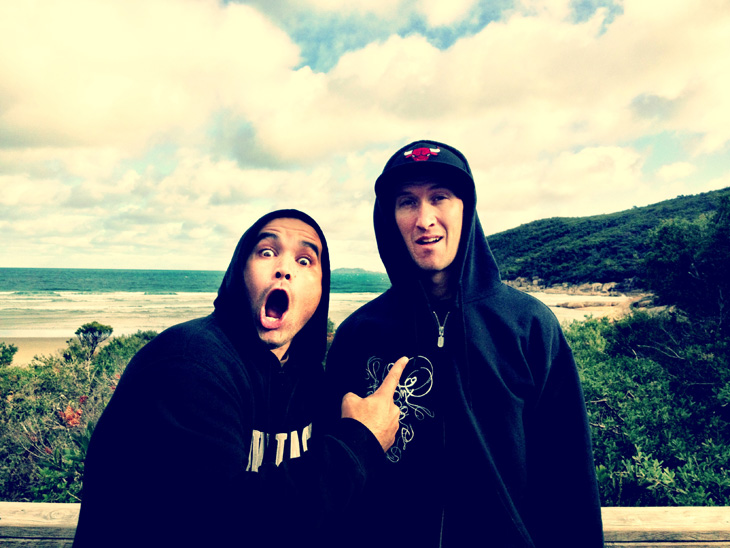 As we did with Alex’s video recently, here is a collection of 2nd angles, un-used footage and other randomness from the filming of Zac‘s most recent Colony video…