Cooper Brownlee is a man of many talents. Whether it be with the artwork duties for us, our in-house photographer, team manager for all the guys, our in-house video editor & filmer he has it covered. He can also ride a bike damn well too & this video shows this rather well. I don’t know how he finds the time to do all that he does & still progress with his riding but he does. I was stoked to see this video & hopefully you will be too. Read on below for a little bit of what went into it…

Looks like it was filmed in a bunch of different cities, what city would be your favourite to ride & explore in Australia?

Yeah we filmed clips in Melbourne, Canberra, Brisbane and Adelaide. That’s a real tough one though to answer as each state has its pros and cons, but if I had to pick one I would say Sydney, even thought there are no clips from Sydney in this haha.

For you personally were there any firsts for you in this edit? 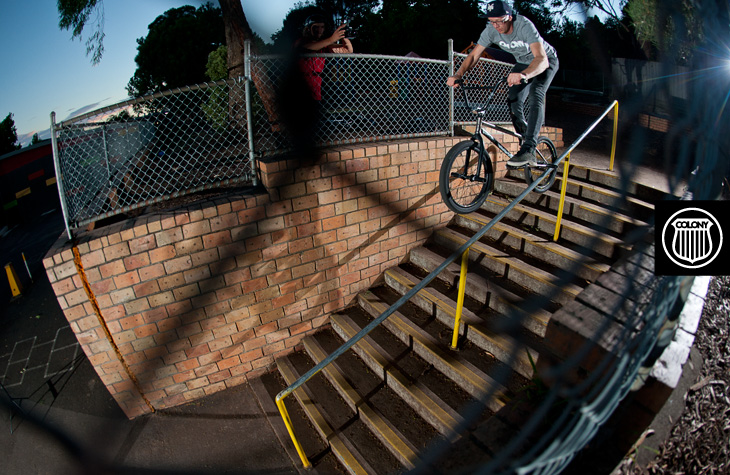 If I remember correctly, the feeble easy 180 on the white rail at the start was your first one on street? And we were only there passing as we were getting kicked out. Did you secretly plan to do this trick previously, or was it a spur of the moment thing?I don’t remember you ever talking about it!

I honestly can’t remember if I’ve done one on a street down rail before but that white rail is so fun! Sam was filming me do a crooks combo on it originally but it wasn’t really working, I slipt onto a feeble one of the times and it got me thinking to try feeble 180. I honestly got real lucky on this one, just happened to be in the right spot for 180 on the 2nd attempt.

How does it feel to have your own signature bars out? How did it come about?

Yeah, real stoked! I had been running the first prototype set for about a year, I just put a new pair on last week. I was talking to Millar about needing a bigger set of bars and he hit me back with the idea. Definitely something to be stoked on, everytime I see a set on someone’s bike it’s a spin out!

It’s not often I see you crash so it was a surprise to see you go down on that ice grind. Did you take many other hits filming for this?

I have a lot of funny crashes because I mostly ride flat ledges and flat rails, I crashed pretty good on that feeble to hardway on the skinny ledge but it was mainly because I changed my mind when I got on the ledge to what trick I was going to do haha. 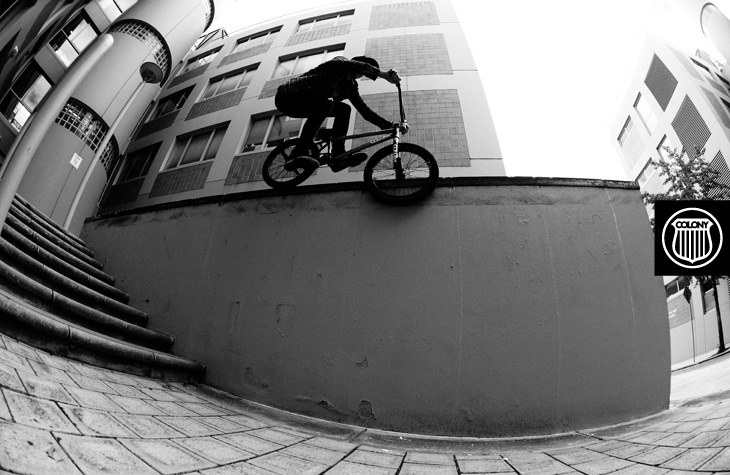 You have run a freecoaster for a number of years, and are now on the Colony prototype hub. Do you ever see yourself going back to a cassette or is it too important to your riding to think about going back? You may not do a huge number of fakie specific tricks, but I can see them not looking as good if you had to pedal backwards.

I can’t see myself going back at all really. These days I mainly ride street and I love it for it, like you said I don’t do a huge amount of coaster moves but it just feels so natural now and I love it! 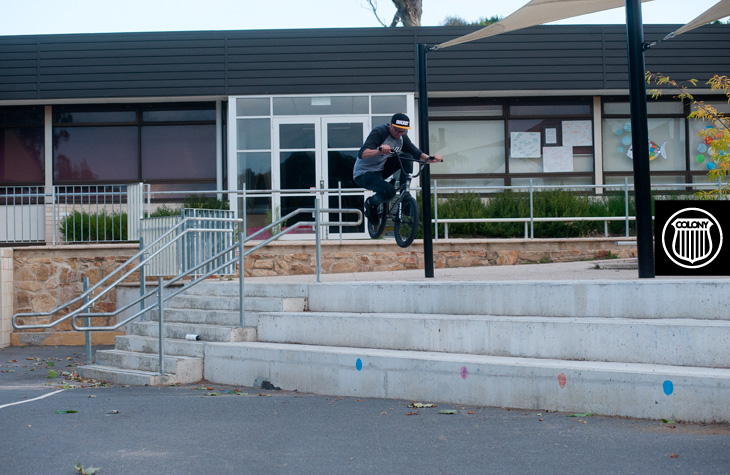 What clip was the hardest to film?

The 180 wallride to opp smith 180 on the red banks took forever! 2-3 hours, we started when it was still daylight and when it got to dark we had to setup the generator haha. There was another clip I tried to film for this edit, going off the camera I tried it about 420 times over 3 visits with no luck! Hopefully I get it one day haha.

What would have been the most satisfying clip to film?

Probably the 2nd last clip just because I was stoked to ride a perfect ledge for it and get it pretty clean.